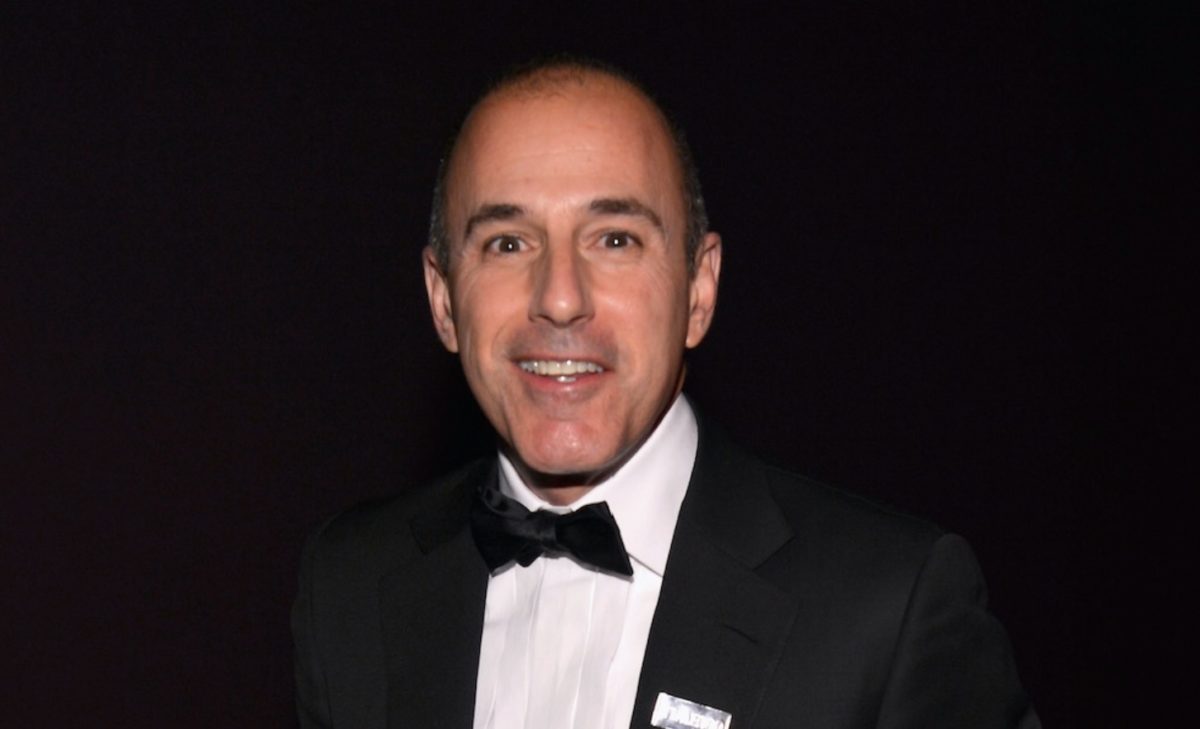 Matt Lauer has been accused of raping a colleague of his before he was fired from NBC amid his sexual harassment allegations.

Former NBC News employee Brooke Nevils made the accusation against Lauer when she gave an account to Ronan Farrow for his new book, Catch and Kill. According to her, Lauer anally raped her in his hotel room during NBC’s coverage of the 2014 Sochi Olympics.

Variety flagged the portion of Farrow’s book where Nevils talks about how she worked with Meredith Vieira during the Olympics, and Lauer joined the two of them for drinks one night when they met at the hotel bar. Farrow writes that Nevils had six shots of vodka that night, but she recalled that she went to Lauer’s hotel room twice, “once to retrieve her press credential, which Lauer had taken as a joke, and the second time because he invited her back.”

According to Nevils, she “was in the midst of telling him she wasn’t interested again when he ‘just did it,’” Farrow writes. “Lauer, she said, didn’t use lubricant. The encounter was excruciatingly painful. ‘It hurt so bad. I remember thinking, Is this normal?’ She told me she stopped saying no, but wept silently into a pillow.” Lauer then asked her if she liked it. She tells him yes. She claims that “she bled for days,” Farrow writes.

Nevils told Farrow then when she got back to New York City, she had other sexual encounters with Lauer, and sources have claimed that “she sometimes initiated contact.” Nevils described these encounters as “completely transactional” and said she was scared of the control Lauer had over her career at the time.

Nevils says she told multiple colleagues and superiors about Lauer’s conduct, but nothing came of it until Lauer came under fire during the #MeToo movement in 2017. The book suggests that several NBC executives were dismissive of Nevils claims when they first heard about them, and that “The network proposed a script she would have to read, suggesting that she had left to pursue other endeavors, that she was treated well, and that NBC News was a positive example of sexual harassment.”

“Nevils’s work life became torture,” according to Farrow. “She was made to sit in the same meetings as everyone else, discussing the news, and in all of them colleagues loyal to Lauer cast doubt on the claims, and judgment on her.”

And though Nevils had been promised anonymity by human resources, Lack saying internally that the encounter had happened at Sochi limited the possibilities of complainants — and soon, everyone knew it was Nevils. Though Nevils had not wanted money, she went on medical leave in 2018, and was eventually paid, Farrow writes, “seven figures.”

“Matt Lauer’s conduct was appalling, horrific and reprehensible, as we said at the time. That’s why he was fired within 24 hours of us first learning of the complaint. Our hearts break again for our colleague.”