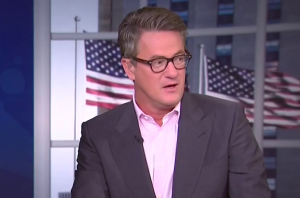 “You’re a Florida guy, I’m a Florida guy,” Scarborough said to Chuck Todd. “I think it was [CNBC host] Becky Quick who went down the list of proven things about Marco’s foreclosures and all of Marco’s economic problems. Talking about lying; Marco said ‘I’m not going to answer those lies they’ve all been discredited.'”

“I think I would have stopped him there,” co-host Mika Brzezinski agreed.

“Marco just flat-out lied to the American people, there,” he continued. “And I was stunned that the moderators didn’t stop there and go, ‘Wait a second, these are court records. What are you talking about?’”

Todd wouldn’t go so far, saying instead that Rubio “deflected” the question. “Did he lie or not?” Scarborough pressed.

“Well, I don’t know what your definition of lying is,” Todd said. “What she said was factually correct. He tried to say ‘discredited.’ That is wrong obviously.”

“No, everything she said was factually correct,” Todd said.

“Okay, so Becky was telling the truth, Marco was lying,” Scarborough concluded. “And yet everybody’s going, ‘Oh, Marco was great.’ No, Marco lied about his financials.”