Settling the Argument Once & For All: Why Die Hard Absolutely is a Christmas Movie
Opinion
video

Settling the Argument Once & For All: Why Die Hard Absolutely is a Christmas Movie 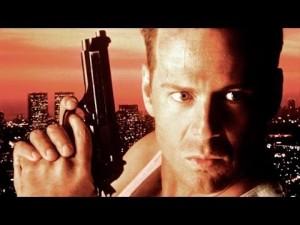 Welcome to the party, pal! The debates are over, at least for now. Congress has gone home. The president is in Hawaii. Barring a breaking story or Steve Harvey guest-refereeing Chargers-Raiders Thursday night, the news (and publications like this that cover the news) will be a snooze for about the next two weeks. So what better way to kick off the slow season than finally tackling (in this space, anyway) the age-old question heard often at Christmas time lately:

Note: We’re not talking Die Hard 2, which also takes place Christmas Eve largely at Dulles Airport apparently one year after Part 1. We’re also not talking Die Hard 3, 4 or 5 (yes, the last two actually exist), because those all take place in what looks like summer. In the minds of many, there’s really been only one Die Hard… just like there’s really been only one Caddyshack, one Meatballs, one Fletch and two Godfathers. As we’ve seen all too often, some sequels are so far removed from the original, they should be stealth-edited from existence.

So why should the original Die Hard be put into the category as one of the greatest Christmas movies of all-time? Here’s a few reasons:

1) The movie was released in 1988 and is arguably the best action movie of the past 30 years. As far as it being a Christmas movie, the date of the release in ’88 poses an interesting question: Can a flick that came out in July (July 15, 1988 to be exact) really be associated with Christmas? Those in the Of-Course-Die-Hard-Isn’t-A-Christmas-Movie camp will point to this fact as checkmate for the argument against. Fair enough. But it should be noted that Miracle on 34th Street was released in May of 1947. The relatively lesser-known Holiday Inn (Bing Crosby, Fred Astaire) — which gets a perfect 100% rating on Rotten Tomatoes – was released in August of ’42. So does a Christmas movie need to be released around Christmas? Nope.

2) The premise of the movie (besides the whole heist thing) is Bruce Willis’ John McClane attempting to patch things up with his family, who live on the West Coast (McClane is an NYC cop). Now… could McClane have traveled to Los Angeles to make this effort at other times of the year? Sure. But as villain Hans Gruber (the great Alan Rickman) says, “It’s Christmas… it’s the time for miracles.” Given the rocky relationship McClane and his separated wife Holly (Bonnie Bedelia) apparently have (she had already gone back to having her maiden name on display on her door at the office), an argument can be made that only the power of Christmas is enough to get the stubborn McClane to fly across the country to see her and his young children.

3) Hans needs the Nakatomi Building (in real-life, Fox Plaza) basically empty to pull off the $640 million heist. After all, a group of well-armed, well-funded and well-dressed terrorists (Hans claims to know the guy who sold Arafat his suits) don’t just walk into a major corporate office building and take over quietly — only needing to murder one security officer at the front desk — without it being a very slow night there. It should also be noted that Hans needs Nakatomi CEO Joseph Takagi (James Shigeta) to be present to get codes to an elaborate safe only he knows, and an elaborate Christmas party hosted by him at the office guarantees that.

Note: This very point also shows how fundamentally flawed Die Hard is. As you’ll see below, I once appeared on Fox’s Red Eye to discuss this very topic. My dark conclusion was that Takagi deserved to die simply for scheduling a Christmas party on friggin’ Christmas Eve (from experience, 99 percent of company parties happen days, even weeks before December 24th). All of that said, the only way Hans and the gang can successfully pull off this robbery is on Christmas Eve when all employees attending can be contained/held hostage on one single floor.

4) Christmas-themed wrapping tape plays a huge role in the final outcome: The almost-final climatic scene has McClane in a pickle: His wife is being held at gunpoint by Hans. There’s another terrorist (who is totally a dead-ringer for Huey Lewis) also there and also armed. McClane appears to surrender, dropping his machine gun at Hans’s request to avoid his wife being killed. But John has a trick up his sleeve (or in this case, his back), as he uses said Christmas tape to secure a handgun near his neck that can be quickly accessed thanks to him putting his hands behind his head while surrendering. It all ends with Hans with a bullet in the stomach and eventually falling out a 30th story window (nearly taking Holly with him), and Huey taking a bullet in the head before he realizes what’s happening. Without the Christmas tape handy, Hans and Huey are on a beach earning 20 percent.

5) Some of the better quotes in the film are centered around Christmas (and Let it Snow plays at the end going into the closing credits):

McClane (written on dead terrorist’s sweatshirt and sent down to Hans in an elevator): “Now I have a machine gun. Ho-Ho-Ho.”

McClane: You throw quite a party. I didn’t realize they celebrated Christmas in Japan.
Takagi: Hey, we’re flexible. Pearl Harbor didn’t work out so we got you with tape decks.

Hans: You ask for miracles? I give you the (slowed down for effect) F-B-I.

Theo: All right, listen up guys. ‘Twas the night before Christmas, and all through the house, not a creature was stirring, except… the four a**holes coming in the rear in standard two-by-two cover formation.

Argyle (De’voreaux White) the limo driver (while loading the McClanes into the car and looking up at a damaged Nakatomi at the end of the movie and oblivious to the violence and death that transpired): If this is their idea of Christmas, I’ve got to be here for New Year’s.

In the end, Die Hard is a Christmas movie, and a tremendous one at that. The debate has raged on for 27 years, it will continue for Christmases to come.

From everyone here at Mediaite, have a holly, jolly Christmas. It’s the best time of the year. There may be little media or news to write about, but perhaps that’s a good thing… at least for a week or two.