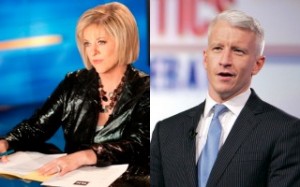 On Tuesday night, HLN’s primetime lineup beat CNN’s in the demo from 5-9 p.m. In total viewers, HLN also beat CNN in the 6 p.m. and 7 p.m. slots in total viewers. CNN pulled ahead during the rest of primetime. Anderson Cooper brought in the highest ratings for CNN in both demo and total viewers.

Additionally, MSNBC’s Rachel Maddow and Lawrence O’Donnell topped Fox News’ Sean Hannity and Greta Van Susteren, respectively, in the demo. Maddow was the network’s highest-rated slot of the night — but the MSNBC hosts fell behind their Fox News counterparts in total viewership.