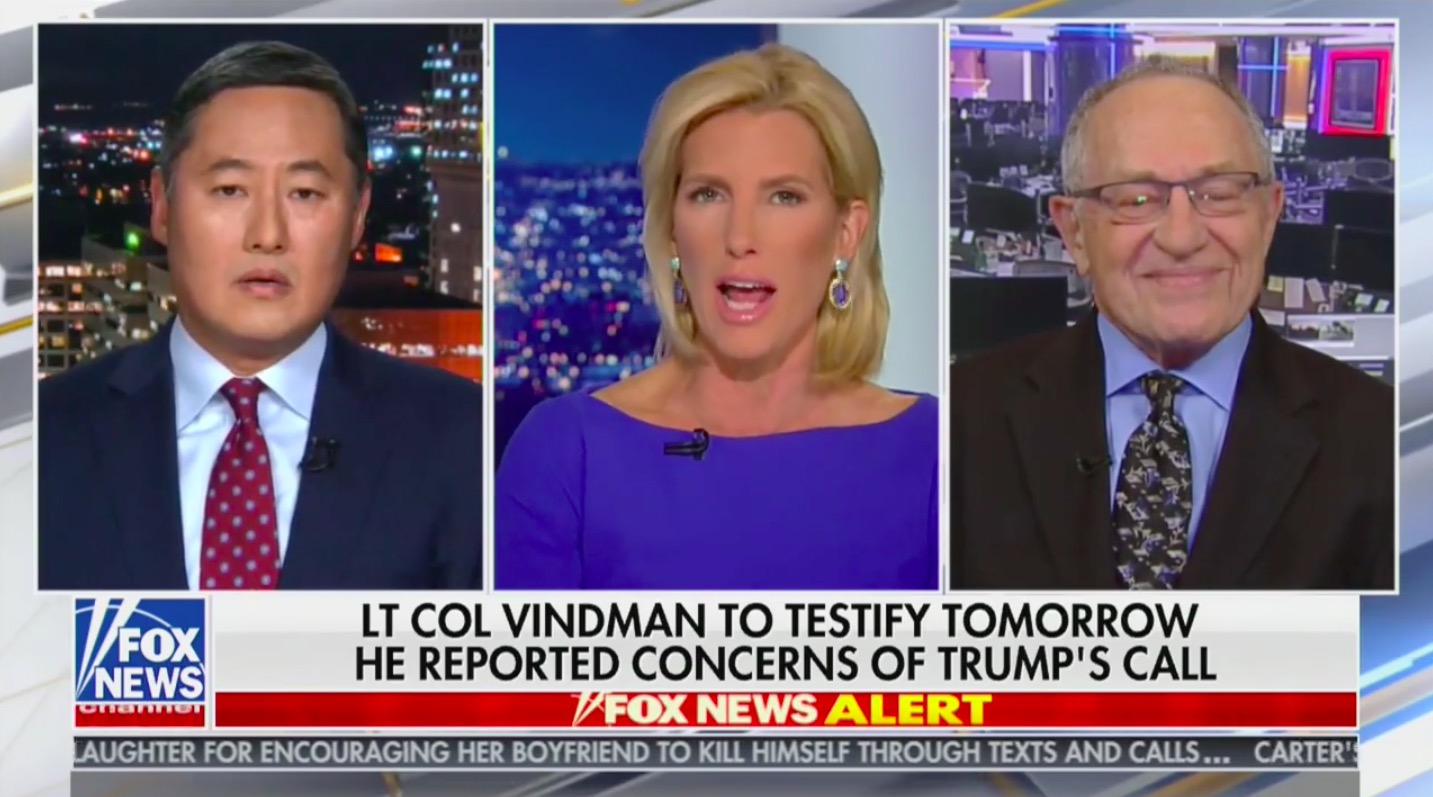 A lawyer for Lt. Col. Alexander Vindman, a Trump aide and key witness in the impeachment inquiry, sent a letter to Fox News demanding a correction for comments made by a guest on air apparently accusing Vindman of espionage.

The New York Times reported that the lawyer sent a letter of warning to the network asking for a retraction or correction regarding comments made by John Yoo on Laura Ingraham’s show in October regarding Vindman.

On her Fox News show Ingraham noted a report that Ukrainian officials were seeking advice on how to deal with Trump lawyer Rudy Giuliani from Vindman.

“Here we have a U.S. national security official, who is advising Ukraine while working inside the White House apparently against the president’s interest and usually, they spoke in English,” Ingraham said.

“I find that astounding,” Yoo replied. “Some people might call that espionage.”

After a backlash, Yoo backtracked, insisting he was accusing Ukraine of spying, not Vindman.

“As a guest on FOX News, John Yoo was responsible for his own sentiments and he has subsequently done interviews to clarify what he meant,” Fox News said in a statement to Mediaite.

David Pressman, a partner at David Boies’ law firm, wrote in the letter that the “deeply flawed and erroneous segment” was promoted by President Donald Trump and smears of his client were pushed by others at the network, including Tucker Carlson. The lawyer also noted that espionage is punishable by death.

“LTC Vindman and his family have been forced to examine options, including potentially moving onto a military base, in order to ensure their physical security in the face of threats rooted in the falsehood that Fox News originated,” Pressman wrote.