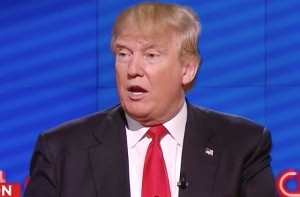 Donald Trump likely lost delegates in Tuesday’s Illinois Republican primary because some supporters were unwilling to vote for delegates with foreign names.

The Republican primary in Illinois works slightly different than other states. Rather than voting for candidates, primary-goers vote for a number of delegates who are pledged to candidates in their congressional district. So instead of voting for “Donald Trump,” a supporter would have to vote three times for “John Smith (Trump),” “Jack Jones (Trump),” and “Frank Miller (Trump).”

But what if one of those delegates was named, say, Nabi Fakroddin? That’s what happened in Illinois’ 6th District, where 4,000 Trump voters who supported someone named Paul Minch were unwilling to vote for Fakroddin. That allowed a John Kasich delegate to sneak into the top three.

Something similar appears to have happened in Illinois’ 13th District. Trump supporter Doug Hartmann was the number one delegate with 31,937 votes. But oddly enough, Trump delegate Raja Sadiq only netted 24,103 votes. That deficit allowed all three Ted Cruz delegates to sneak ahead of him.

The Cook Political Report’s Dave Wasserman first pointed out the discrepancies Tuesday night, and didn’t shy away from naming the problem.

Wasserman also points to a third district where Trump delegate Taneequa Tolbert got substantially less than her (presumably) white peers. But Tolbert still managed to come in third, saving Trump a delegate.