If The Left Finds US Government Evil And Racist, Then Why Let It Control Our Guns?
Opinion

If The Left Finds US Government Evil And Racist, Then Why Let It Control Our Guns? 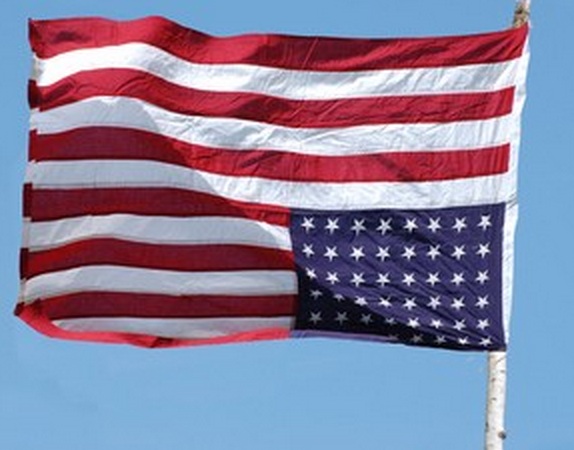 If you look at the three dominant media narratives over the past week you’d be a little confused by the world view held by the American Left.

If you understand the political narrative from the Left (and by extension from many of the journalists reporting and analyzing these events) one must reach certain conclusions for each of these major news stories.

On Puerto Rico, the narrative is that the Trump Administration is either so incompetent that they are incapable of delivering federal aid to American citizens who are on the brink of death due to the devastation wrought by hurricane Irma, or the Trump Administration (and Trump himself) is racist and refuse to deliver the aid to the Puerto Ricans because they are Latino as compared to the Caucasian Americans who didn’t suffer as much when they were hit by a hurricane in Houston.

On the NFL kneeling story, the narrative is that the US government is plagued by an inherent racist and white supremacist judicial system that systematically oppresses African Americans. And that racism is so ingrained that uniformed officers, using deadly force in the name of the government at the federal, state and local level, regularly murder innocent black citizens and are protected from any punishment because of their white privilege and the racist judicial system.

On the Las Vegas shooting story the narrative is that one American was able to purchase multitudes of high-powered weapons and ammunition and was able to murder a terrifying number of innocent Americans because our gun laws are too lax. Compared to the rest of the world, America stands alone as the place where this kind of gun carnage happens on an all too frequent basis, the narrative goes, and it’s time to have a frank and honest conversation about the 2nd amendment and “common sense gun safety legislation.”

When one scratches the surface of most advocates for such “common sense” legislation, you fins a real desire to examine laws like those enacted in England and Australia which effectively confiscated the citizens’ firearms and put the government in complete control over who owned a weapon and who did not. Don’t believe me? That’s just what President Obama and Hillary Clinton said when asked over the past several years.

“The truth of the matter is this doesn’t happen with this kind of frequency in other countries,” Obama told pod-caster Marc Maron in 2015. “When Australia had a mass killing – I think it was in Tasmania – about 25 years ago, it was just so shocking the entire country said ‘well we’re going to completely change our gun laws’, and they did. And it hasn’t happened since.”

“The Australian government, as part of trying to clamp down on the availability of automatic weapons, offered a good price for buying hundreds of thousands of guns, and then they basically clamped down going forward in terms of having, you know, more of a background-check approach, more of a permitting approach,” Clinton told a crowd in New Hampshire, also in 2015.

So, it’s instructive to lay these narratives together in one clear, cohesive and consistent thought so we can truly understand how the American Left thinks:

The US government is systemically racist and, through it’s inaction, seems willing to allow innocent, black citizens to be murdered by its police force. Furthermore, the judicial system is often rigged to protect the evil, racist officers by never punishing them for those murders. Additionally, the very same government is now in the hands of a fascist, incompetent criminal who, not only hates blacks and Latinos so much that he is willing to let the latter die of starvation and thirst rather than deliver humanitarian aid to them, but also calls the former “Sons of bitches” for protesting the racist country he oversees. And now, the Left wants to make it harder (if not impossible) for citizens to own firearms and wants to allow the government (the evil, racist one in the hands of a fascist who is this century’s version of Hitler) to determine who may and who may not own a gun.

Maybe it’s me — and I have only my own perspective from which I can analyze this — but if I really thought this country was so evil and so racist and could fall into the hands of an incompetent fascist… I’d want to hang on to a few guns.  And if I thought that government was either so incompetent or so evil that they would let their citizens starve during a crisis like a hurricane, again, I think having a few guns in that kind of scenario would be a wise thing. And, I certainly wouldn’t want that evil, fascist, incompetent and racist government to determine who could and could not arm themselves.

But, maybe that’s just me… I’m a conservative.