NY Mag Theory That Trump Impregnated Playboy Model Is Likely True, and an Indictment of the Media
Opinion

NY Mag Theory That Trump Impregnated Playboy Model Is Likely True, and an Indictment of the Media 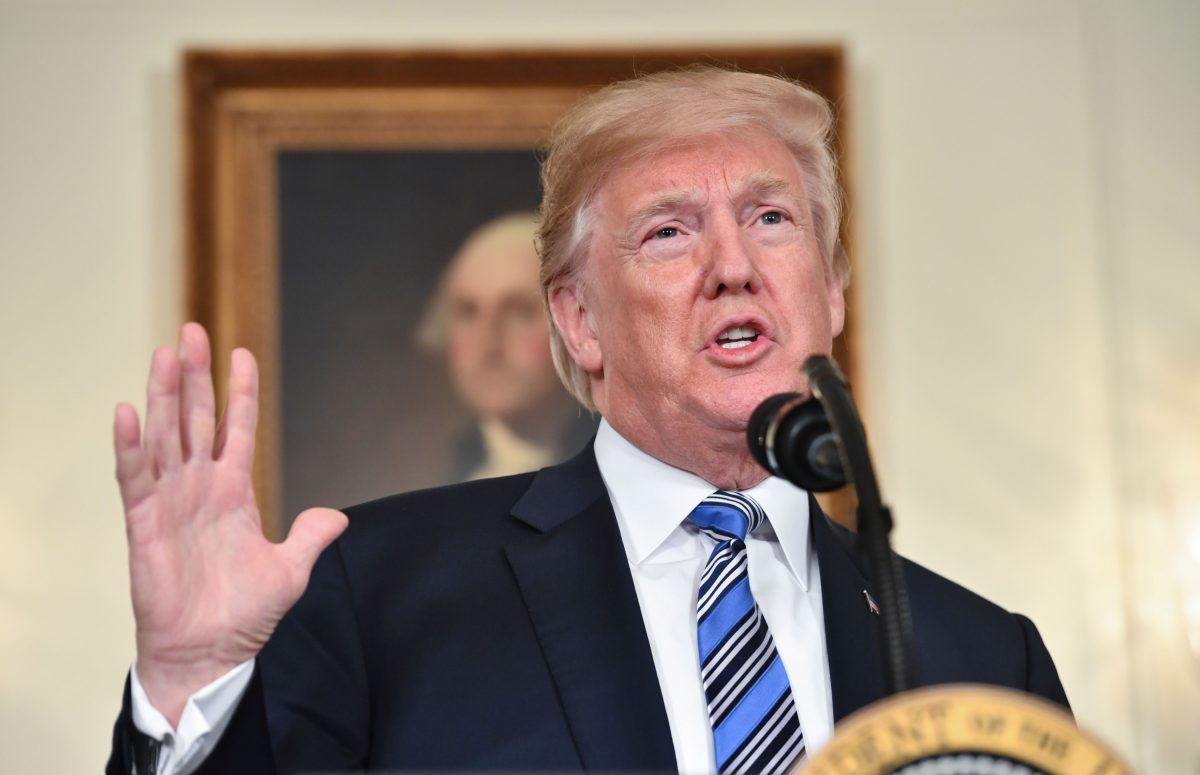 If a story doesn’t add up, there is almost always a major problem with that narrative. And often, the biggest lies are both obvious and right out in the open. These are two basic principles of understanding humanity which the modern media has seemingly forgotten, especially when it comes to covering President Donald Trump.

There is no better evidence of this reality than the amazing piece posted today by New York Magazine which outlines a very convincing theory that the media recently bought into an obvious myth in a way which may have inadvertently protected Trump from perhaps his biggest scandal yet.

Recently we were told that a previously little-known GOP fundraiser named Elliott Broidy was immediately forced to resign from his position in the party because it was revealed that he had paid, through Trump’s attorney Michael Cohen, former Playboy model Shera Bechard $1.6 million to cover up an affair and possible abortion. My “blink” reaction on Twitter to this story was that it did not add up, though even I did not immediately conclude, as Paul Campos has in this piece, that Broidy was actually taking the fall for Trump himself.

After reading Campos’ in-depth analysis, we should all be embarrassed that we ever gave Broidy’s narrative even the slightest bit of credibility. Campos systematically decimates every aspect of the original unrealistic storyline like it was an episode of Sharknado. Quite literally, there is not one aspect of the current “plot” which makes sense, and only one element which doesn’t totally fit Campos’ alternative theory that it was really Trump, and not Broidy, who impregnated a Playboy model.

I always start at the most basic human level when evaluating the plausibility of any narrative which doesn’t at least pass the smell test. What struck me first here was that it seemed impossible that Broidy, and older, non-famous, long-married man would have had found himself in a situation in which he impregnated a top Playboy model to begin with.

Then there was also the issue of why he would pay so much money to cover up something which would not have had that much impact on his life if it had somehow come out naturally. It is important to note that there is no current evidence that his wife has even left him over this “revelation.”

But Campos goes far deeper in deconstructing the absurd current conventional wisdom about what supposedly happened here. When you look at the details (things which the modern media all-to-often has neither the time nor the wisdom to fully evaluate) of the business/legal aspects, it is actually laughable that it has taken this long for a mainstream media outlet to seriously question Broidy’s narrative.

Specifically, when you look at the motives of everyone involved in this, it all makes far more sense for Trump to have had the affair and possibly facilitated an abortion, Cohen to turn the super-rich Briody to pay Bechard off, and for Briody to take the blame to protect Trump while also obtaining huge leverage over the president of the United States, which was theoretically worth far more than $1.6 million to him.

About the only element of Campos’ theory that can’t be immediately made to fit this logic like a glove is the fact that this payment apparently did not occur until after Trump was elected. While this does raise the question of why Bechard didn’t secure a payment during the campaign when presumably her story could have done the most damage to Trump, it also increases the credibility of the abortion aspect of the story because that is the only part of this narrative which would be worth $1.6 million for a sitting Republican president to keep quiet.

Obviously, the prospect that the president recently impregnated a mistress who then had an abortion would fully test the now accepted premise that Trump’s cult-like Christian base of support would give him a “mulligan” on literally any scandal. Even as skeptical as I am about how pathetically hypocritical the GOP base has become, I actually think that, if this was ever proven, it actually would cause Trump significant damage.

However, I doubt that this will ever be verified to the degree necessary for vast majority of duped Trump supporters to have the scales finally fall from their eyes. Trump is a master of using plausible deniability to his favor, and the media outlets that his cult still trusts will never give this story the analysis it deserves.

Speaking of the media’s role in all of this, my favorite portion of Campos’ piece is this paragraph:

“If this theory is correct, the press bears some of the blame for allowing a self-serving and corrupt lie to enter the public record as news. At the bottom of this whole tangled situation, there are two undeniable facts: Trump has a habit of having sex with women exactly like Bechard, and then paying them off to stay silent, and Broidy is a man who pays large sums of money, legally and illegally, to influence powerful politicians. That convergence should have set off alarm bells in the minds of journalists when someone decided, immediately after Cohen’s office was raided, to reveal the existence of an NDA between Broidy and Bechard.”

It is remarkable that even in this age of extreme cynicism how often the modern media is naively duped, en masse, by narratives which are obviously false. It sure seems like this one is yet another extreme example.