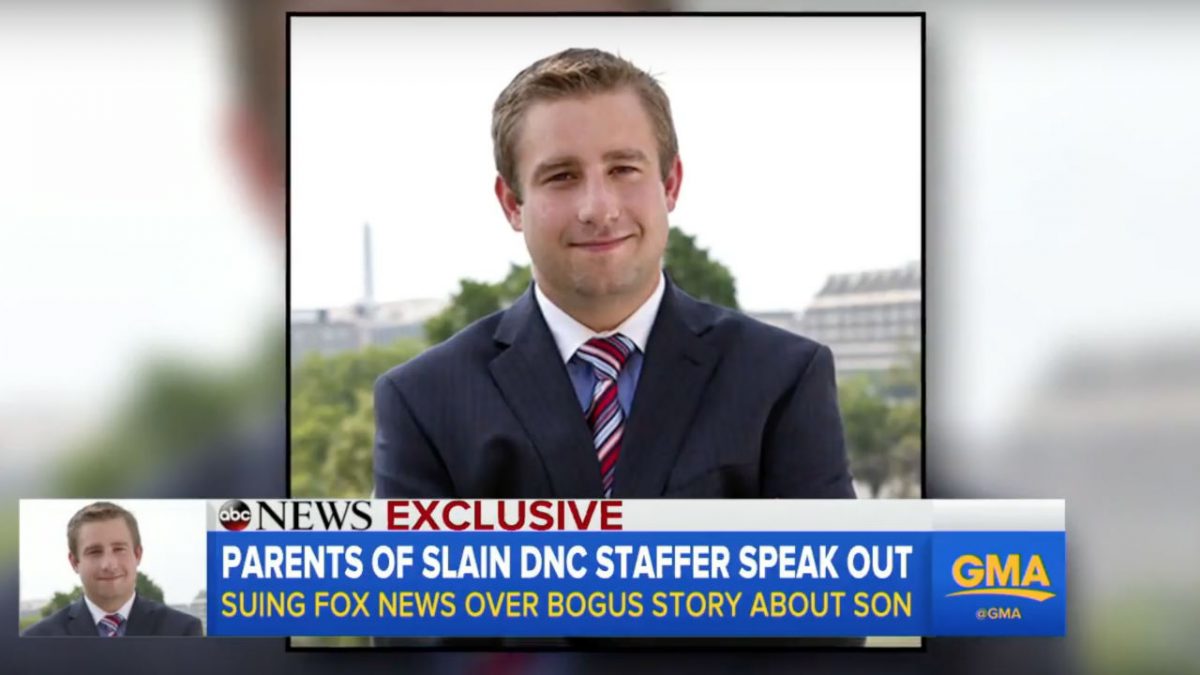 You may remember a few weeks ago when the family of slain DNC staffer Seth Rich filed a lawsuit against Fox News over the retracted story about questions surrounding his death.

Rich’s family has expressed their sorrow and outrage over the conspiracy theories that have spread about Seth, and the lawsuit says Fox News, reporter Malia Zimmerman, and Ed Butowsky (a political commentator and financial adviser who was looking into Rich’s death) “aided and abetted the intentional infliction of emotional distress.”

The lawsuit involves a 2017 article published on FoxNews.com, and covered on the cable network, that tied his death to the conspiracy theory that Rich passed DNC emails to Wikileaks.

Fox News’s motion to dismiss, obtained by The Hollywood Reporter, cites a failure to state a claim of intentional infliction of emotional distress. Among the many arguments laid out in the motion is this:

Although Plaintiffs assert that the Fox News article caused them pain, other readers might well consider their son to be a hero. Far from condemning Seth Rich for the purported leak, the Fox News article portrayed him as a whistleblower who released the DNC emails to expose that “top party officials conspired to stop Sen. Bernie Sanders of Vermont from becoming the party’s presidential nominee.”

It goes on to say that “the article contained a photo of Rich in an American flag ensemble above the cutline: ‘Rich was fiercely patriotic, say family members.'”

This section of the motion was first flagged by CNN’s Oliver Darcy, and some people were a bit stunned:

“Sure, we reported a baseless conspiracy about your murdered son, but at least some people may have thought it was a flattering story.” https://t.co/ckhFnqxZ6v

Never get high on your own supply. https://t.co/xUixiRmaBd

You can read the full document here, via The Hollywood Reporter.