Uh, Why is Much of the News Media Suddenly Pretending that Omarosa is Remotely Credible?
Opinion

Uh, Why is Much of the News Media Suddenly Pretending that Omarosa is Remotely Credible? 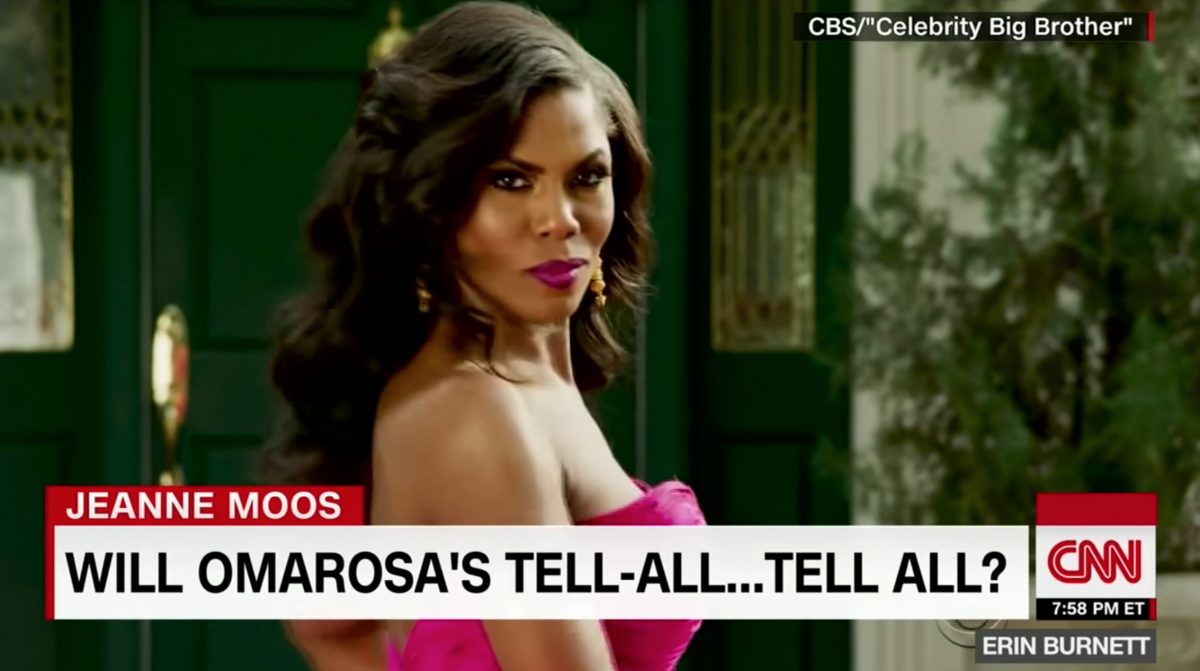 One of the least understood weaknesses in modern journalism is that how the news media determines someone’s credibility is extremely subjective and is often not based at all in what the truth likely is. In this context, it is important to take a look at how and why former Trump aide and reality television villain “Omarosa” is suddenly being treated by much of the media as if she is a very serious person.

Up until the last few days, when it was learned that she has a new book out and that she secretly taped President Donald Trump during her brief time in the White House, the news media has been very hesitant to allow her back into the media’s elite club of “people who are famous enough for us to pretend they are credible.” There were many solid reasons for this position.

Here are just some of them:

But now, thanks to reports that she apparently has tapes of Trump as president and is claiming that Trump used racial slurs, she has immediately been welcomed back into this exclusive fraternity of people the media thinks are valuable enough to them to warrant them pretending that what they say is remotely trustworthy. Everyone from The New York Times on down has been breathlessly reporting the story about her racial claims, and she is currently scheduled to appear on NBC’s once prestigious Meet the Press Sunday to launch her book tour.

Gee, I wonder why the sudden shift. Why am I quite certain that if her book had been perceived as pro-Trump that no “bombshell” revelation she could have provided would have been even theoretically enough for the media to take her seriously?

It is obvious that the entire reason that Omarosa is now being treated as if she is a serious person is that she is giving the media a narrative that they like, clearly because it conforms to what they want to hear about Trump, and it seems like a potential ratings winner. While more apparent than normal, this is a classic example of a phenomenon that I see on a regular basis where newsmakers are given far more authority by the news media when what they are saying is something that the news media already agrees with, than vice versa.

Some may claim that the existence of tapes of Trump changes the equation here and justifies this version of Omarosa being treated with media respect. However, it appears that this may be only a rather brilliant act of manipulation of the media on Omarosa’s part, one of which her former mentor Trump would be very proud.

It seems that two very different things that Omarosa is claiming have been conflated (at least in the minds of those I have seen react to all of this on Twitter) in a manner which is very much to her advantage. You see, yes she has Trump tapes, but it appears that none of the really juicy stuff she is claiming that is making news is actually on tape.

Therefore, the fact that she has tapes (which logic would dictate must not be that big a deal otherwise would have heard at a least something more substantive about them by now) is totally irrelevant to her urban-legend-sounding claims about there being other tapes of Trump using the N-word on The Apprentice or racial slurs against George Conway in her presence. In those situations she has to be taken solely on her word and, for reasons that have already been made clear, that is not worth nearly enough to justify these stories being given major media play.

It only took Conway himself just a few minutes to strongly debunk her claims about Trump attacking him. While it is true that he did criticize Trump before Omarosa left the White House, it likely had not yet reached the level of intensity to spark that much ire in the president. Plus, the way Omarosa phrased it simply doesn’t sound like Trump.

And again, importantly, this is Omarosa we are talking about here. This isn’t a court of law where everyone is innocent until proven guilty. With Omarosa, she should be treated as lying on behalf of her own self-interest until proven otherwise.

If the media wasn’t incredibly hypocritical and arbitrary in how they determine what claims are newsworthy and which are not, that is exactly how this situation would be handled and her unsubstantiated claims would be ignored by allegedly reputable news organizations. In other words, exactly as if we went back to about the year 2010 (maybe sooner).