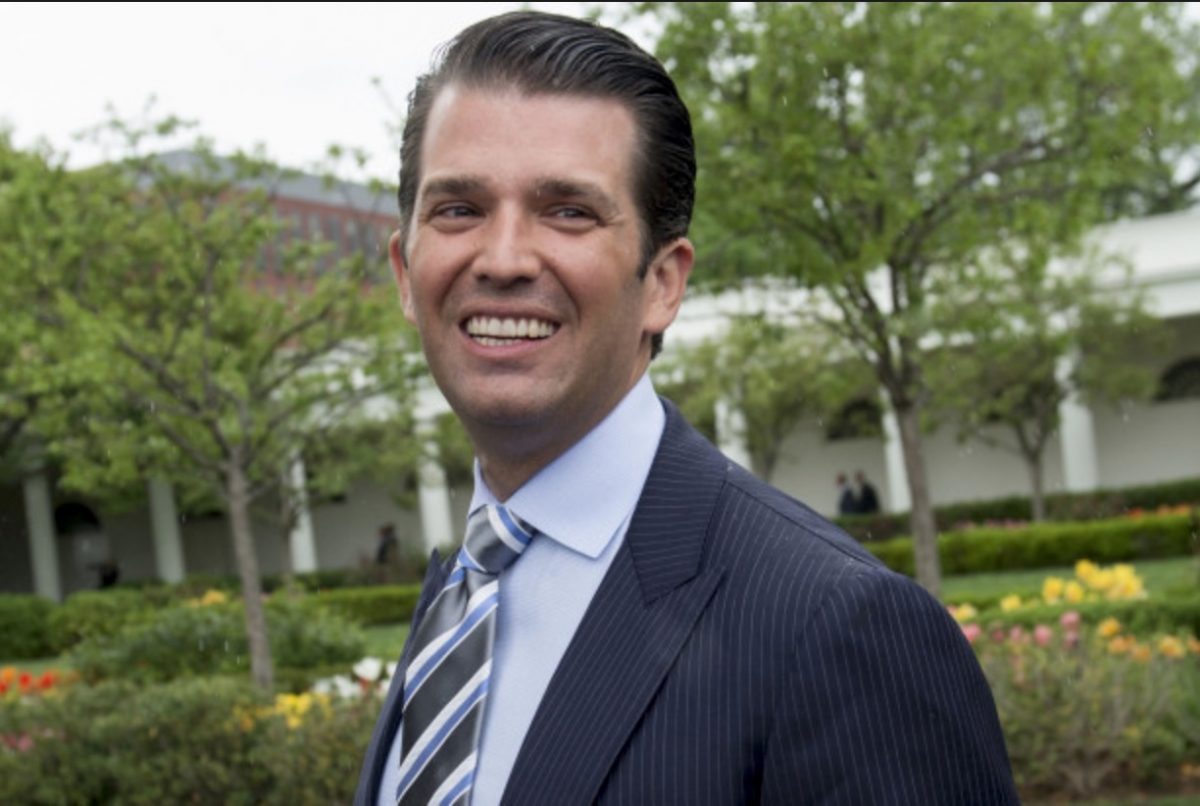 In the article, Trump Jr. claimed Sen. Elizabeth Warren — a frequent target of his POTUS dad’s jabs, “apparently believes that illegal alien parents being separated from their children is a bigger problem than American parents having to bury theirs.”

Here is an excerpt of what Trump Jr. wrote in the op-ed:

The mask is off and the true radical face of the Democrats has been exposed. They are seemingly more concerned with protecting their radical open-borders agenda than the lives of innocent Americans.

When asked about Mollie’s murder, Sen. Elizabeth Warren — who is for some reason considered a leading contender for the Democrats’ 2020 ticket — played down the killing and said the focus should be on the “real problems” of our immigration system, such as the separation of families at our border.

Think about that for a minute. She apparently believes that illegal alien parents being separated from their children is a bigger problem than American parents having to bury theirs.

The editors of the Register, however, did not allow Trump Jr.’s claims to simply go unchecked.

Instead, in an unusual move, they interjected this editors’ note, mid-column:

Editors’ note: Here’s what Warren said on CNN: “I’m so sorry for the family here, and I know this is hard not only for her family, but for people in her community, the people throughout Iowa. But one of the things we have to remember is we need an immigration system that is effective, that focuses on where real problems are.” In the same interview, speaking about the separation of children from their parents, she said, “I think we need immigration laws that focus on people who pose a real threat and I don’t think mamas and babies are the place we should be spending our resources.”

The editors likewise fact-checked other claims made by Trump Jr, writing at one point, “Fact check: Here are the facts on immigrants committing crimes in US.”

Tibbetts body was found in a cornfield in Iowa earlier this month. Her suspected killer is undocumented.

The Tibbetts family has asked for her death not to be politicized, a request that appears to have gone unheeded by both Trump Jr. and  President Donald Trump.

In an email to The New York Post, the Register defended running the Trump Jr.’s op-ed, despite the need for a fact check and the Tibbetts family wishes.

“We deeply respect the Tibbetts family and we used our own editorial voice to support the position that undocumented immigrants in general are not responsible for this tragedy,” the editorial team wrote. “But we continue to do our job and our pages reflect the conversations in our community, even when it means publishing opinions with which we strongly disagree.”