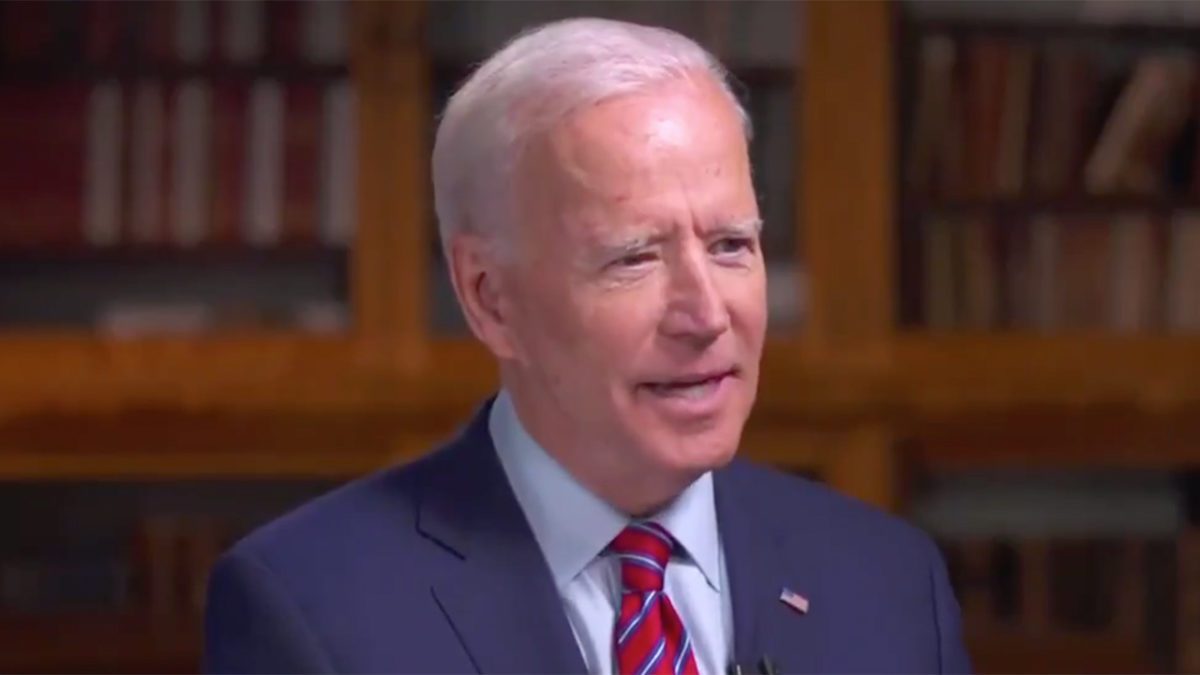 Joe Biden dismissed concerns about his age in an interview with PBS’ Judy Woodruff tonight.

.@JoeBiden on questions about his age: "This is for the voters to decide. Take a look. Look at me. See if I have the energy. See if I know what I'm talking about."

Biden, 76, is the second-oldest person in the race after Bernie Sanders, who is 78. pic.twitter.com/2xKnfq9O3v

Woodruff brought up Jimmy Carter‘s recent comments about age and the demands of the job, before bringing up a New York Times report headlined “The Many Ways That Joe Biden Trips Over His Own Tongue”:

Six months into his presidential campaign, Mr. Biden is still delivering uneven performances on the debate stage and on the campaign trail in ways that can undermine his message. He takes circuitous routes to the ends of sentences, if he finishes them at all. He sometimes says the opposite of what he means (“I would eliminate the capital gains tax — I would raise the capital gains tax” he said in this month’s debate). He has mixed up countries, cities and dates, embarked on off-message asides and sometimes he simply cuts himself off.

“Look at me,” Biden said. “The fact of the matter is that the people who — they went out and found people who said that. I don’t doubt people said that.”

He said he doubts an “overwhelming number of people” are concerned, adding, “This is for the voters to decide. Take a look. Look at me. See if I have the energy. See if I know what I’m talking about. And make their judgment.”

You can watch above, via PBS.