Bill de Blasio, the Last Person on Earth to Realize He Won’t Be President, Reportedly May Soon Throw in the Towel 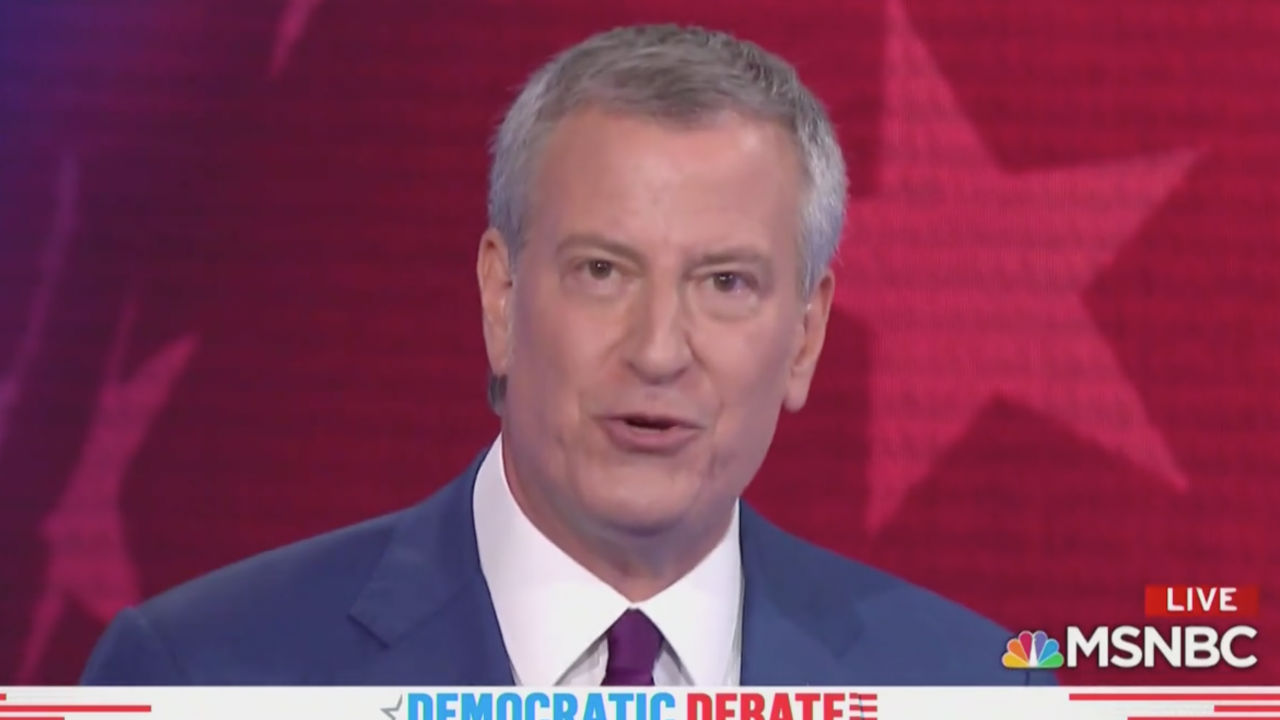 After spending the better part of the past five months locked in a tight battle for 19th place in the Democratic presidential race, Bill de Blasio finally appears ready to take the hint.

According to The New York Times, the New York City mayor said it would be “really tough” to keep going in the race if he does not qualify for the next debate in October.

“I think the logical thing to say is I’m going to go and try and make the October debates and if I can, that’s a good reason to keep going forward, and if I can’t, I think it’s really tough to conceive of continuing,” de Blasio said.

Hizzoner has been mired at 0 or 1 percent in nearly every major state and national poll taken since he entered the race in May. (A month during which he reportedly worked for just seven hours) He has consistently registered the highest unfavorable numbers in the entire field. Finally, it seems, the mayor has seen the handwriting on the wall.