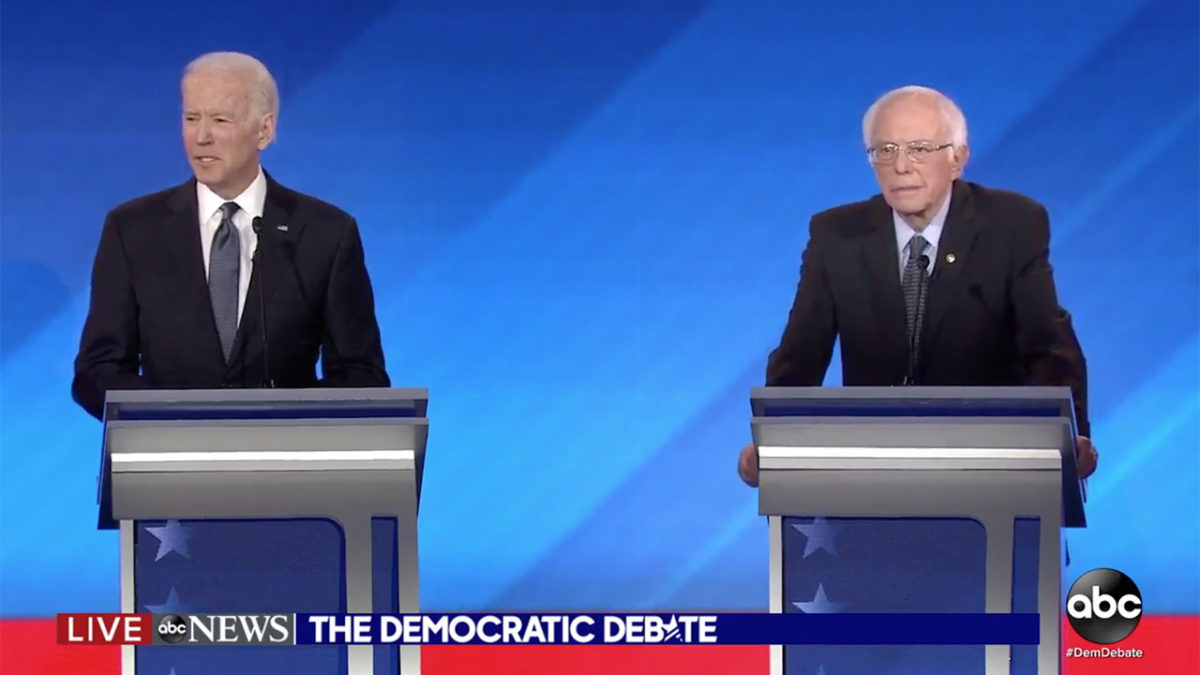 Sanders has emerged as a frontrunner for the Democratic nomination, but no state that has voted thus far has anywhere near the 228 pledged delegates that Texas does, making it a key prize in the nomination process. His position atop the poll is fueled by voters 18-to-45 years old, 42% of whom support him.

A major finding of the poll is that Bloomberg, who has said he entered the race to stop Sanders from winning, is actually siphoning the most support from Biden. The poll of 1,045 likely Texas Democratic primary voters asked respondents both who they would support without Bloomberg in the race, and with Bloomberg in the race, revealing the former New York City mayor siphons 7% support from Biden in the state.

“Bloomberg being in the race is having the opposite effect he wanted to see,” said Ed Espinoza, executive director of Progress Texas, which commissioned the poll. 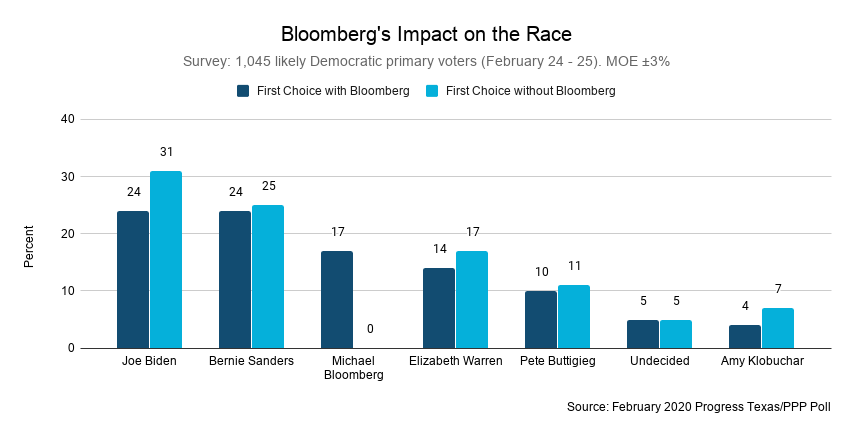 Warren was found to be the strongest overall second choice at 20%, partly because many Sanders supporters list her as their second choice. She has the strongest approval/disapproval rating at 66/19, while Bloomberg’s is the worst at 41/39.

But Bloomberg’s TV ad blitz, along with direct mail and digital spending seems to be having an effect as well.

The poll finds that the battle for Latino voter support is a three-way race, with Sanders once again leading at 27% after dominating with Hispanics in Nevada, but closely followed by Biden at 23% and Bloomberg at 22%. As first reported by Mediaite, Bloomberg recently unleashed a roughly $30 million direct mail and digital ad campaign aimed at Latino voters in Super Tuesday states, which is considered the largest Super Tuesday campaign of its kind ever in a Democratic primary.

“With Latinos, what you’re looking at is Bloomberg’s money at work,” Espinoza said.

Texas has more than 5.6 million eligible Latino voters in the state.

Biden’s strength with African-American voters may have slipped slightly nationally, but he leads in Texas with 39% support from black voters, followed by Sanders at 21% and Bloomberg at 16%.

With the margin of error at 3%, the poll found that only Sanders, Biden, Bloomberg, and Warren would be viable in Texas. Pete Buttigieg (D-IN) comes in at 10% support and Sen. Amy Klobuchar (D-MN) at 4%.

The poll was conducted from February 24 to February 25 and the methodology was 41% by phone and 59% by text, ensuring the inclusion of younger Texas voters.