DNC Was ‘Intimately Involved’ in Doomed App That Wrecked the Iowa Caucus: Report 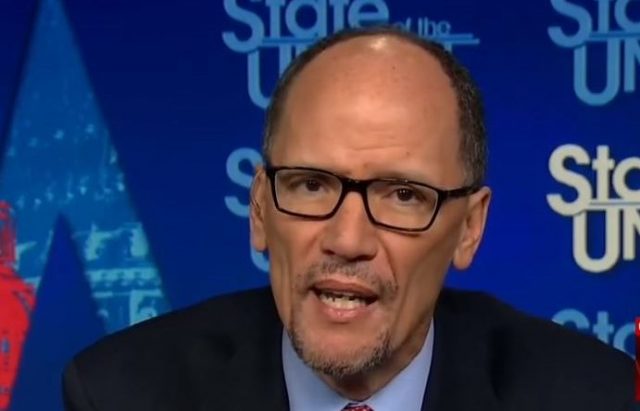 The Democratic National Committee had a much greater role than previously known in the botched rollout of the Shadow app that doomed the Iowa caucus results reporting.

According to Yahoo News, an unaffiliated Democratic operative who worked on the caucus found the DNC’s criticism of the Iowa Democratic Party — in particular that of DNC Chairman Tom Perez — in the aftermath of the vote “extremely frustrating” because the committee was, in fact, “intimately involved'” in the process. Troy Price, the IDP’s state chairman, resigned on Wednesday in the fallout of the reporting disaster.

This source provided a copy of the contract between the IDP and Shadow, which was signed on October 14th. In it, the contract stipulates that Shadow “agrees to work with DNC Services Corporation/Democractic National Committee (‘DNC’) on an on-going basis as [Shadow] develops the software.” Shadow was also required to provided the DNC “continual access” to the software’s design and operational plans, according to the contract, which both DNC CEO, Seema Nanda, and DNC deputy CTO Kat Atwater, were involved in drafting.

“The contract demonstrated that the DNC should have had the opportunity to foresee some of the problems,” Yahoo noted.

“[The DNC] had a lot of thoughts and feelings on how this app was supposed to function and I think there was advice that was given that led to the difficulties you saw on caucus night with people being able to log in,” the source told Yahoo. “The security steps that were taken made it difficult for an even technologically apt person to log in.”

Yahoo also reported that Shadow has charged the IDP $60,000 so far for the app, but that it has not been paid after the debacle at the caucus, which still has not reported a final, undisputed count more than 10 days after the voting occurred.