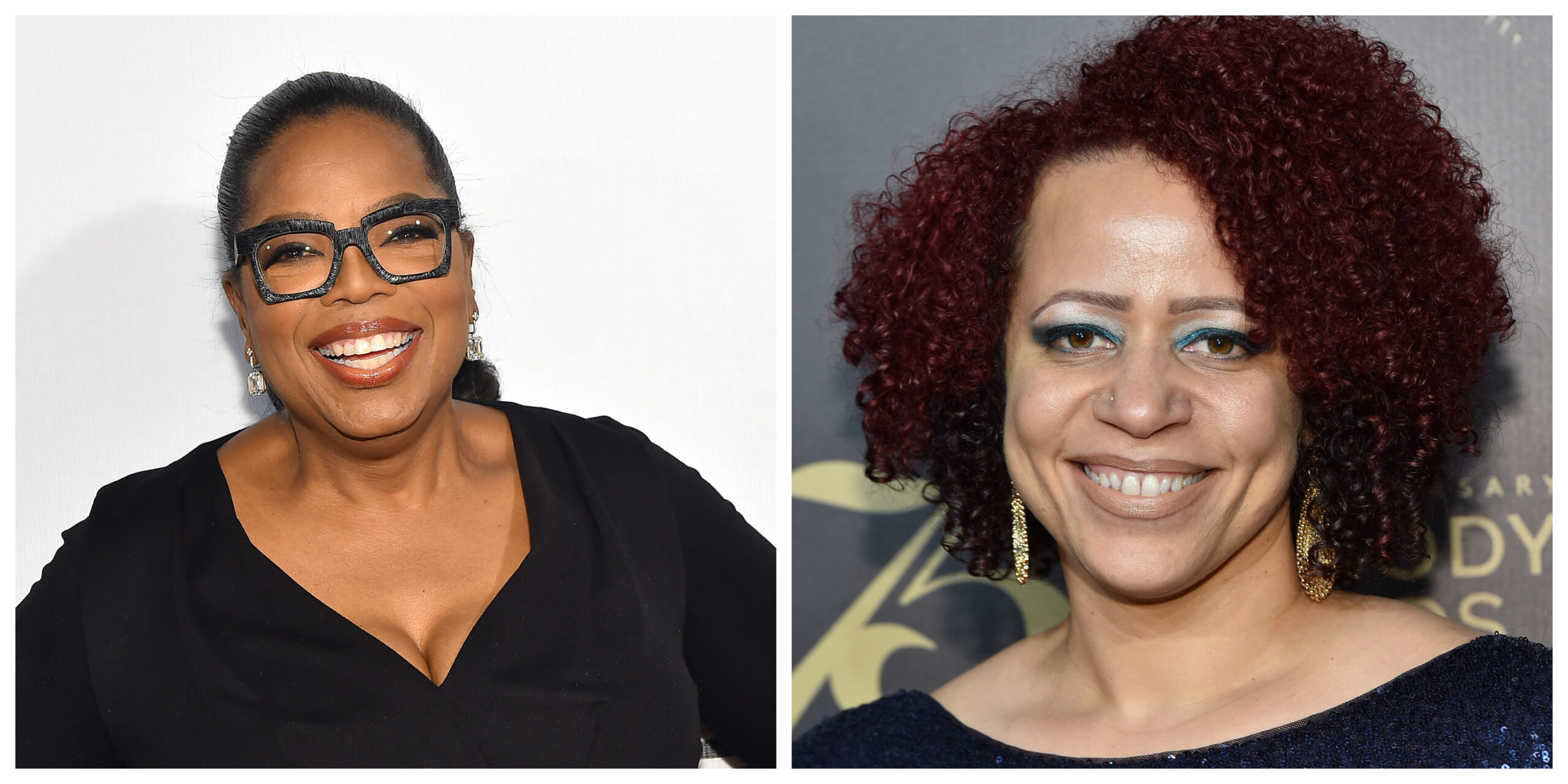 Oprah Winfrey and Lionsgate have partnered with 1619 Project creator and Pulitzer Prize winner Nikole Hannah-Jones to bring the New York Times project, which detailed the legacy of slavery in American history, to a series of films and television shows.

“Pulitzer Prize-winning journalist Nikole Hannah-Jones and The New York Times have chosen global content leader Lionsgate to be the home for a wide-ranging partnership to develop Ms. Hannah-Jones’ landmark issue of The New York Times Magazine, ‘The 1619 Project,’ and hit New York Times podcast, ‘1619,’ into an expansive portfolio of feature films, television series and other content for a global audience,” the Times wrote on Wednesday.

The initial project was launched in August 2019 and was named after the year of arrival of the first enslaved Africans to Virginia. The 1619 Project included entries from Black writers and scholars and worked to examine the impact of slavery on U.S. democracy, arts, education, and several other aspects of American culture.

“We took very seriously our duty to find TV and film partners that would respect and honor the work and mission of ‘The 1619 Project,’ that understood our vision and deep moral obligation to doing justice to these stories,” Hannah-Jones said.

“Through every step of the process, Lionsgate and its leadership have shown themselves to be that partner, and it is a dream to be able to produce this work with Ms. Oprah Winfrey, a trailblazer and beacon to so many Black journalists. I am excited for this opportunity to extend the breadth and reach of ‘The 1619 Project’ and to introduce these stories of Black resistance and resilience to even more American households.”

Winfrey, Hannah-Jones, and Caitlin Roper, an editor of the 1619 Project and Times Magazine’s head of scripted entertainment, will produce the content while Hannah-Jones will also act as a creative leader and work to find Black creative voices to adapt her series, Deadline reported.

“From the first moment I read ‘The 1619 Project’ and immersed myself in Nikole Hannah-Jones’s transformative work, I was moved, deepened and strengthened by her empowering historical analysis,” said Winfrey. “I am honored to be a part of Nikole’s vision to bring this project to a global audience.”

Lionsgate CEO Jon Feltheimer pledged to use his platform to help form creative relationships that will work to translate Hannah-Jones’ original project to multiple platforms available to a global audience.

For many Americans, ‘The 1619 Project’ was a great awakening and a true history that you probably never learned in school,” he said. “For others, the project was a fresh analysis of the historical record by one of the world’s leading media authorities.”