5 Wisdoms from Alice Waters, Proving Her Undeniable Reign Over the World 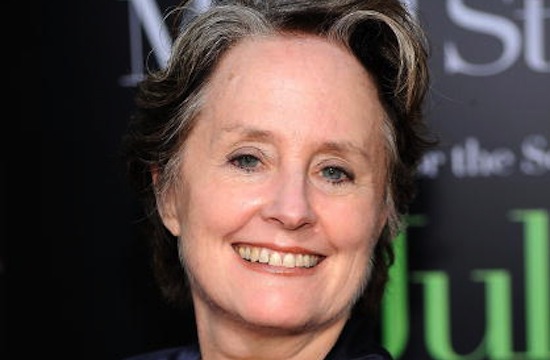 We’re basically those weirdos who sit starry-eyed in Alice Waters‘ presence, but really, who cares when the person you’re in awe of is as wise as Alice Waters?

Waters’ latest interview, with Al Jazeera America, proves once and for all that the lady knows what she’s talking about when it comes to changing the farming system, overhauling our fast-food culture, and bringing back the ritual of real meals at the dinner table. Oh, and bringing mint on airplanes — but that just really proves that she’s our spirit animal, or dream mentor, or whatever. Five of the best quotes and words of wisdom from Waters:

[David Shuster, interviewer]: What about the argument that industrial farming and industrial food makes food less expensive and therefore more people can get it? You can deal with issues of malnutrition if you can get more people who are in poverty to afford the food they can buy.

[Waters:] Well, usually cheap food is not nutritious. You are talking about food that is produced with pesticides and herbicides, foods that have antibiotics in them, like the meats and poultry; foods that have a lot of sugar. What you’re doing is you’re feeding people. You’re feeding people, but you’re not really feeding people something that is good for them. At the same time that we may be feeding more people, there is an obesity epidemic. There’s a health issue. So you may not pay up front, but you’re going to pay out back.

There are countries around the world that think of protein as a combination of grains and vegetables. We consider, you know, that meat source as the only source of protein, but it’s not true. We have to learn to cook the foods that are really affordable.

[Shuster:] But if technology is able to develop and they can grow food synthetically, and they can prove that it’s not bad for you and they can do it inexpensively — would you support it?

It is very difficult to get out of that prison — if you will — of fast-food culture. I mean, they’ve told us that food should be fast, cheap and easy. That is not the case. Really, we’ve lost the beautiful ritual of sitting at the table. We’ve lost that moment in the day when we can communicate with our family and friends. They say it is OK to eat on the run. I am saying that eating in your car, the idea of eating in your car is something just uncivilized. The idea that food is cheap means that somebody is missing out, somebody is not being paid. I think it can be affordable, but it shouldn’t be cheap.

[Waters:] Oh, I have tried [fast food]. I mean, I certainly tried it as a teenager. I have eaten at McDonald’s once.

[Waters:] I was surprised it didn’t have taste from my point of view — and, well, I was in and out in five minutes.

There you have it — Alice Waters has in fact eaten McDonald’s. That must have happened in an alternate reality.