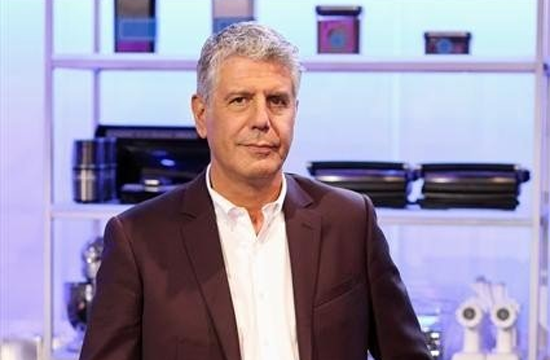 While we highly recommend that you go over to Grantland and read Andy Greenwald’s dissection of the entire body of reality cooking shows yourself, the indictment Greenwald delivers against culinary media kingpin Anthony Bourdain for appearing on The Taste is so blistering, that we had to zero in on this one sentence:

“Bourdain’s entire post–Kitchen Confidential career — embodying his bedrock belief that food cannot and should not be separated from the richness of experience that surrounds it — has been an eloquently stated and vibrantly lived refutation of everythingThe Taste stands for.”

“Look, it’s perfectly fine for Bourdain to cash in and try new things,” Greenwald hedges, noting that the life of Anthony Bourdain is probably exhausting. (Best description: “He’s spent a decade traversing the world, consuming calories as if they were frequent flyer miles, and collecting hangovers like snow globes.”) But the perceived dullness of The Taste, combined with the fact that it supposedly advocates for Bourdain’s philosophy (but completely commoditizes it), leads Greenwald to this very, very mean conclusion:

“‘This is a cooking competition unlike any other,’ Bourdain brayed at the start of the series last month. It was a lie. There have been plenty of terrible cooking competitions in the past, though maybe none as teeth-grindingly cringey as this one…By trading on (false) Bourdain-ian orthodoxy, The Taste has actually robbed itself of the unhealthy but delicious artificial flavoring that powers most reality-TV shows: personality. It’s a bland, underseasoned mess.”

The rest of the article — which, surprisingly, treats Emeril Lagasse with the respect of a food television elder statesman, and dares to hope that Parts Unknown can recapture the Bourdain philosophy despite airing on CNN — can be found here.