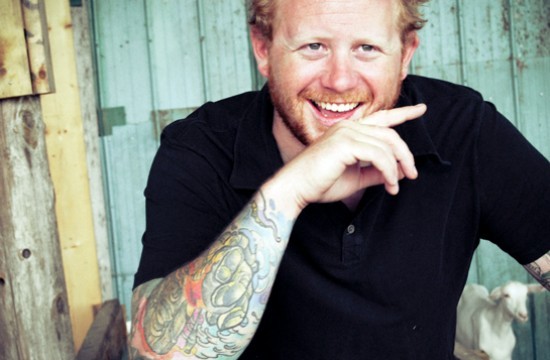 New Restaurant Alert: L’Edition Québécois! Derek Dammann, a current star chef in Montreal, is planning on opening a British-inspired gastropub in his home city, called Maison Publique. But the one Anglo element that Montreal residents will likely have no problem with: Jamie Oliver‘s involvement as a co-investor.

Oliver was Damman’s boss back in England when he was the chef de cuisine at Fifteen, and, to hear the Montreal Gazette tell it, the two remain very close friends. “For years, Jamie and I have been talking about collaborating on a low-key, welcoming, neighbourhood place,” says Dammann. “I thought Canada would be ideal for him because it’s more off-the-beaten path than countries like the U.S. or Australia.”

But though Oliver now owns half of a Canadian British pub, he won’t be Britishing it up — instead, he’s letting Dammann fill the menu with more Canada-specific menu items, like a seal salami (or the “sealami”). “I have full control of the food, but we will be collaborating on ideas,” Dammann notes. “This is really about two friends working together. We didn’t want a flashy place. Just an honest locale. It’s not going to be branded a ‘Jamie Oliver’ restaurant. You won’t see his cookbooks in the window.”

The restaurant will open in mid-September. And if the Jamie Oliver name fails to draw you, hungry Québécois, then maybe their custom-made ale selection will: they hope to be one of the few restaurants in the neighborhood that serves alcohol.

[The Montreal Gazette via HuffPost Canada]