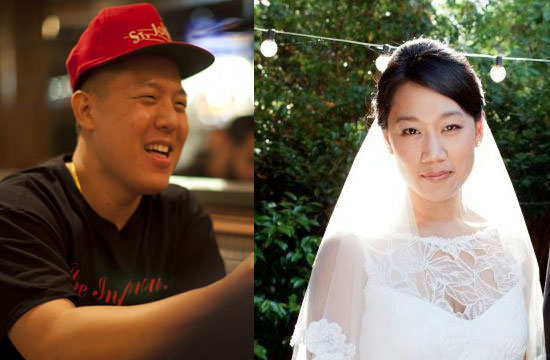 Eddie Huang has lots of things to say to Priscilla Chan, the med school graduate who married Facebook CEO Mark Zuckerberg earlier this week. Not “Why is the Facebook IPO tanking so bad?”, or “What are you doing about the poor representation of women in STEM-related industries?” or even, “Don’t you believe that your husband’s flagrant disregard for people’s privacy rights sets a poor foundation for human interaction in the Information Age?”

Nope. He reads about the fact that Chan’s wedding ring cost only $25,000, and becomes her Asian Mom. And Asian Moms judge the shit out of husbands who don’t spend proportionate amount of money on their wives.  Below, I will translate these tweets into Normal, Contextualized, Non-Asian Person talk. (I’m a writer. I communicate real good. Also, this is a good preview of what I’m going to be like 20 years from now, after my face deflates like a popped balloon.)

Wendi Deng Murdoch: The wife of Media Emperor Rupert Murdoch, who tackled a pie-wielding assailant at a hearing where he was accused of wiretapping the phones of sources. Tiger Wife: the way Cool Asians attempt to reclaim “Tiger Moms” from Amy Chua and subject it to post-ironic nonracism.

Chan once told reporters that she held Zuckerberg to a contract where they would go on one date, or at least spend 100 minutes together, per week. Asian parents like money. There’s your context.

Asian parents also like to micromanage their kids’ life, even when they’re married and moved out, amirite, my Azn peepz?

Asians…um…love Costco for its cheap prices? Yeah. Let’s go with “Asians, and only Asians, like Costco.” We’ll go with that.

Eddie, I’d love to introduce you to my mother sometimes. She is pretty much like you, except 52 years old and a lady, and she loves expensive bling, kind of like a magpie crossed with Gollum. You two can sit on a park bench and drink tequila and judge all the cheap-ass husbands of Asian women who don’t spend money on them. It will be a beautiful bonding moment.