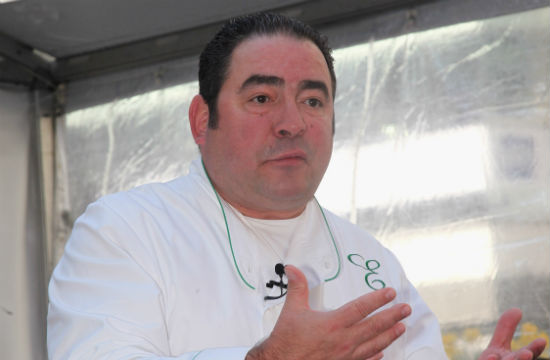 GUYS! Did you know Florida is packed with so many gastro-awesome things that you don’t even know about? It’s not just spring break destinations, and Republicans, and old people, and old Republican people spring breaking. We know, because those are all the nouns we would have used to describe Things You Can Find In Florida For $1000, Alex, but Emeril Lagasse had a whole other list up his sleeve and ready to go. Says Emeril, to school us:

Is there, Emeril? Is there really that much? So much that it’s incredible? We love a seafood feast followed by a cool slice of Key Lime pie as much as the next guy, but is there really anything going on, culinarily-speaking, anywhere in the state of Florida besides Miami?

Emeril says yes. He’s so passionate about the state’s food, in fact, that he’s kicking off a new food and travel show dedicated entirely to Florida. Clearly, Emeril has no reservations about covering the hard-hitting stuff (see what we did there?).