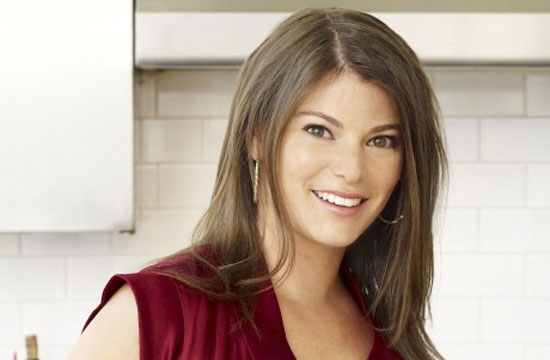 We’re starting to feel a little sympathy for the kids on Top Chef, even though Gail Simmons recently revealed that there are more Top Chef spinoffs in the works and we’re not sure if we can handle it at all. (That said, we have one request: please bring back Top Chef Junior, the teenagers’ version of Top Chef, because that sounds like a lawsuit waiting to happen and we’ll get so much traffic from covering it.) Everyone who enters the show is vying for fame, fortune, and their own restaurant (one day), but to do so, they willingly subject themselves to the cruel whims of their Bravo masters, who cackle and force them to dance for 24 hours a day.

We exaggerate. They are simply locked in a hotel for 24 hours. Doesn’t that sound much better?

In an interview with the Washingtonian, Simmons noted that when Top Chef films, she and her fellow judges find it difficult to remain anonymous, especially since they had to go out in public occasionally:

It’s hard to be totally anonymous because we need to eat our dinner at the end of the day. We’re in a strange city for many weeks at a time, so obviously we’re going to hang out together: Tom [Colicchio] and I are going to have dinner, and Padma [Lakshmi] and I are going to go shopping or out for a run along the waterfront in Seattle, and we can’t be invisible. We can’t be locked in a hotel room 24 hours a day—although the contestants can.

So yes, cheftestants. While you’re stewing in the house, going stir-crazy and doing pushups in full suits and shaving people’s heads out of madness, Padma and Tom and Gail are probably strolling pleasantly along a river, laughing and feeding ducks. We bet that you don’t even remember what a live duck looks like, you’ve been cooped up for so long.