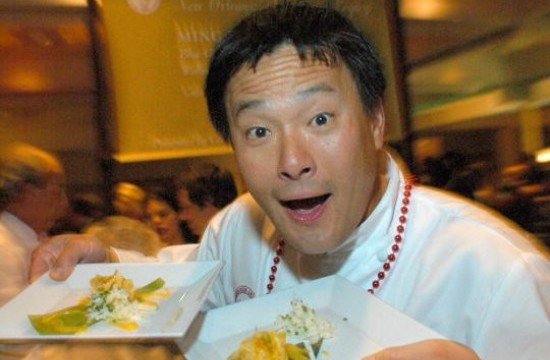 Oh, Boston. You sweet, scrappy, second-best city on the East Coast, you’re so adorable with your chowdahs and your pink Red Sahwx hats for ladies and your Charles P. Pierce. What you have never had is a good casual Asian dining scene to the level of anything in New York City. This author should know. (Basically, all of the really good Asian restaurants used to be outside Boston proper, in Dorchester, Quincy or Randolph. Pho So 1 for life!)

So while Ming Tsai had announced a few months ago that he’d open a restaurant called Blue Dragon, a casual counterpoint to his famed Blue Ginger in Wellesley, it was only in this morning’s Boston Globe that his efforts have finally been contrasted with the current, sad-but-getting-way-better state of the Asian dining scene in urban Boston.

“This late-night Asian-type eating is here to stay in this country and growing, which is why I’m considering this project,” he told the Globe, which ran an article about how Bostonians are finally starting to come around to this newfangled ramen and dim sum  thing. “I would love to do it in Boston, because I think people are ready for it.”

Agh, finally! Downtown Boston needs more brick-and-mortar anchor restaurants that serve affordable Asian food during normal business hours. Do you think we can afford to save up for O Ya, or spend hours chasing after the Mei Mei Street Kitchen Truck? And we don’t care if it took you guys five years to catch up to everything David Chang has ever done; you’re Boston and you’re always behind the curve, trend-wise, but you guys catch up eventually. (Exhibit one: Red Sox World Championships.)

Let’s also take time to thank the Fung Wah bus for this innovation, for while you have nearly killed the entire college-age population of Boston with your dubious auto maintenance, you brought them to New York to consume new Asian street food.