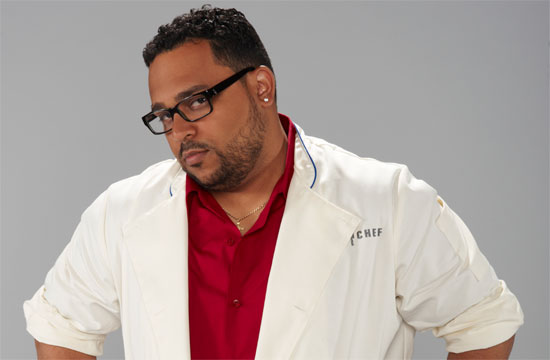 Celebrity chefs crawled out of the oceans hundreds of millions of years ago, spending eons scuttling across dry land on all fours. They soon discovered fire, meat, and (skip forward a few million years of evolution) reality television, and now, having one’s own television show is like having an opposable thumb: you’re totally abnormal if you don’t, man.

So really, is it a big deal to announce that Top Chef season 7 winner Kevin Sbraga is getting his own show? Let’s go through the Checklist Of Evolutionary Steps that took him here:

After completing these stages of celebrity chef evolution, the rest is simple: pitch your series to one of three networks (in this case, the Cooking Channel), and pray that you don’t get reduced to a webseries.

So yeah, Philly.com says that Sbraga’s show airs on August 15th. Watch him repair trucks or whatever, as long as you’re aware that he’s completed a Darwinian life cycle of celebrity chef evolution.