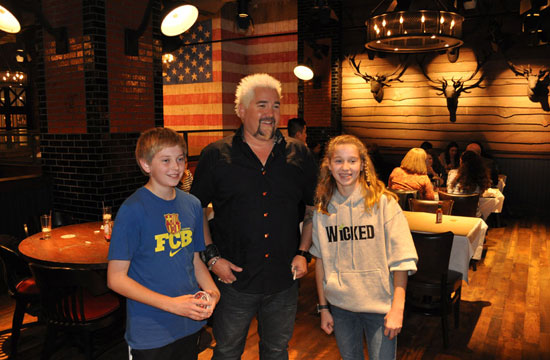 So it’s New Year’s Eve, you’re in New York City, you wanna see the ball drop, and you wanna impress your ladyfriend (or your dudefriend, or your non-gender-specific friend, whichever), but you don’t have any plans. BOY HAVE WE JUST DISCOVERED THE BEST PLAN FOR YOU.

For a mere $795, you and your sweet honey can get a special, “elite VIP” table (for two!) at Guy’s American Rockin’ New Year’s Eve party, hosted in Times Square by celebrity chef Guy Fieri himself!*

For the price of two dinners at Per Se, you would expect your Guy Fieri New Year Date to be decadent with foods like, say, gold-dusted nachos, or diver scallops (with pearls), or Lamborghini car-viar. YOU AIN’T SEEN NOTHIN’ YET, BECAUSE GUY FIERI HAS UPPED THE ANTE WITH THIS FLAMIN’ DEAL:

What a hot deal! Everyone who wants to impress their SO by spending New Year’s Eve with Guy Fieri**, hop on this deal — it’s not gonna last very long!

**We’re serious, he’s not attending. We called host organization Balldrop.com, who said they were “pretty sure” he wasn’t attending. His appearance isn’t even teased in the party invite. Flavor Town, where is your mayor and why has he abandoned you?!

Update: The price has been removed from the website, but we’re pretty sure if you call them, it will still cost $795.