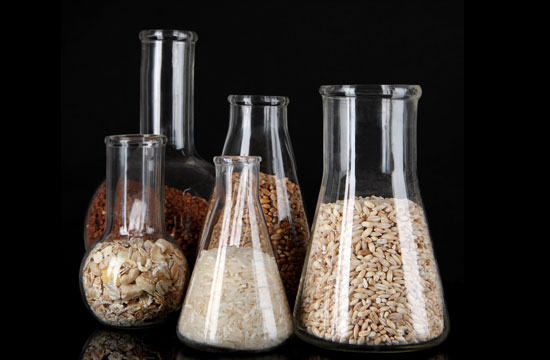 What does the future of food look like right now? Ten years from now? Heck, why not ten decades from now? From what we’ve seen so far in Wired’s annual Food Issue, the articles from which are now available online, it looks like (in the best of all possible worlds) a harmonious melding of science and culinary arts.

The biggest advocate for this evolution: David Chang, whose essay in the magazine tries to convince people that not all food science is scary. “Yes, natural is good and healthy, and whole foods are important,” he admits. “However, experimentation is important too. Once you realize that cooking is a science, you realize that it’s the only science in which innovation is frowned upon — where there are powerful efforts to stifle and stall innovation. It doesn’t have to be that way.”

And there’s plenty of innovation that doesn’t involve factory farms, artificial sweeteners, or even corn syrup: computers that can assemble recipes for “mindblowing” parfaits, plant-based “chicken” that actually does taste like chicken (written by Alton Brown!), and insects that taste like Japanese food. (There’s also a takedown of the “stunt food” trend that’s made us want to put a burger between two steaks and walk away with a million dollars.)

The Wired Food Issue (a collaboration with Bon Appetit) is available now on newsstands if you’re a Luddite.