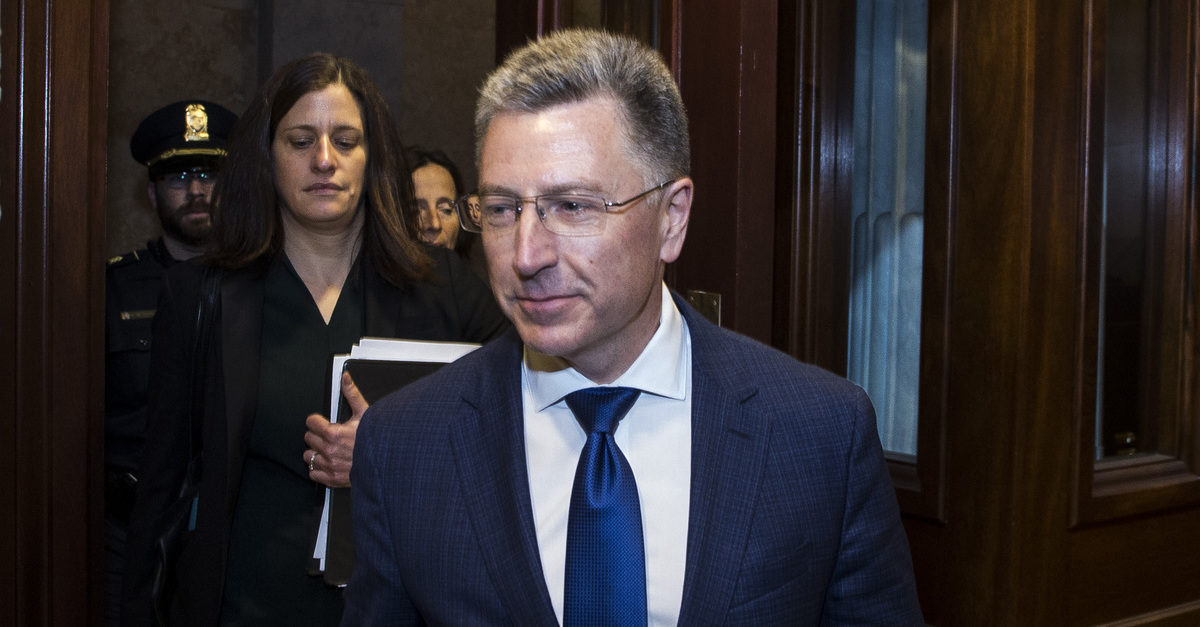 Former State Department envoy to Ukraine Kurt Volker reportedly plans to revise his earlier, closed-door impeachment testimony when appears before Congress this week in a public hearing, and will now say he was unaware of Trump White House efforts to push a shadow foreign policy with Ukraine.

According to the New York Times, Volker will testify “he was out of the loop at key moments during President [Donald] Trump’s pressure campaign on Ukraine to turn up damaging information about Democrats.

Volker’s about-face is yet another dramatic turn and could provide even more damning testimony about a possible bribery plot by the White House. Notably, it comes just one week after million-dollar Trump donor and US Ambassador to the EU Gordon Sondland amended his own sworn testimony in a blockbuster reversal that confirmed that the White House did, in fact, use $391 million in US military aid for Ukraine as part of a quid pro quo for an investigation into Democrats. Numerous other Trump administration witnesses had contradicted Sondland’s previous answers to Congress, suggesting the diplomat’s revised testimony was an attempt to head off possible perjury charges.

Volker, who has been seen as a more Trump-friendly witness, abruptly resigned in late September, just after the whistleblower’s complaint became public. The timing of that move — and reports about internal turmoil at the State Department — suggested Volker was actually forced out by Secretary of State Mike Pompeo in an attempt at damage control.

“While [Volker] has been lumped together with Mr. Sondland and Energy Secretary Rick Perry as ‘the three amigos’ working on behalf of the president,” the Times reports, “he plans to try to distinguish his role, insisting that he was not part of any inappropriate pressure and that he was unaware of certain events that he has only now learned about through other testimony.”

“Volker plans to say that he never knew that Mr. Sondland told the Ukrainians that the aid and investigations were linked and that he did not know that Mr. Zelensky was being pressed to appear on CNN and announce that he would open the investigations Mr. Trump sought,” the story adds.