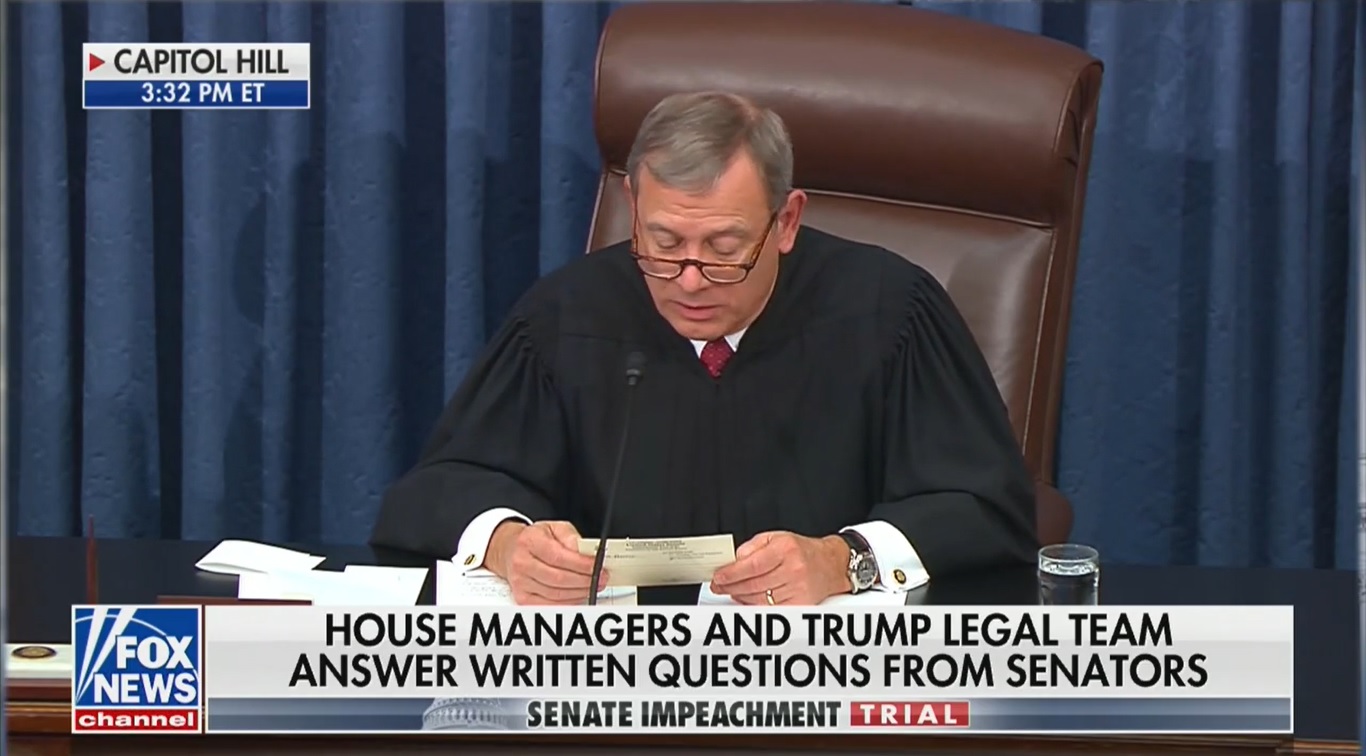 Senator Rand Paul (R-KY) wants to challenge Chief Justice John Roberts over revealing the name of the whistleblower who came forward in the Ukranian scandal, by stating the name aloud in an impeachment trial question.

Roberts, who is vetting the questions asked before the Senate, has stated that he opposes that name being stated – while affirming that the name must not be stated due whistleblower protections.

Paul was unable to ask a question implicating the name of the whistleblower Wednesday during questioning in the Senate. The senator has been an outspoken voice in opposing the impeachment of President Donald Trump.

The GOP senator has questions written that would “violate Roberts’s edict, according to several Republicans familiar with the dynamics,” via a report from Politico.

Furthermore, reports indicate that Paul’s position on outing the whistleblower could come to a full ahead as more questioning continues Thursday on the Senate floor.