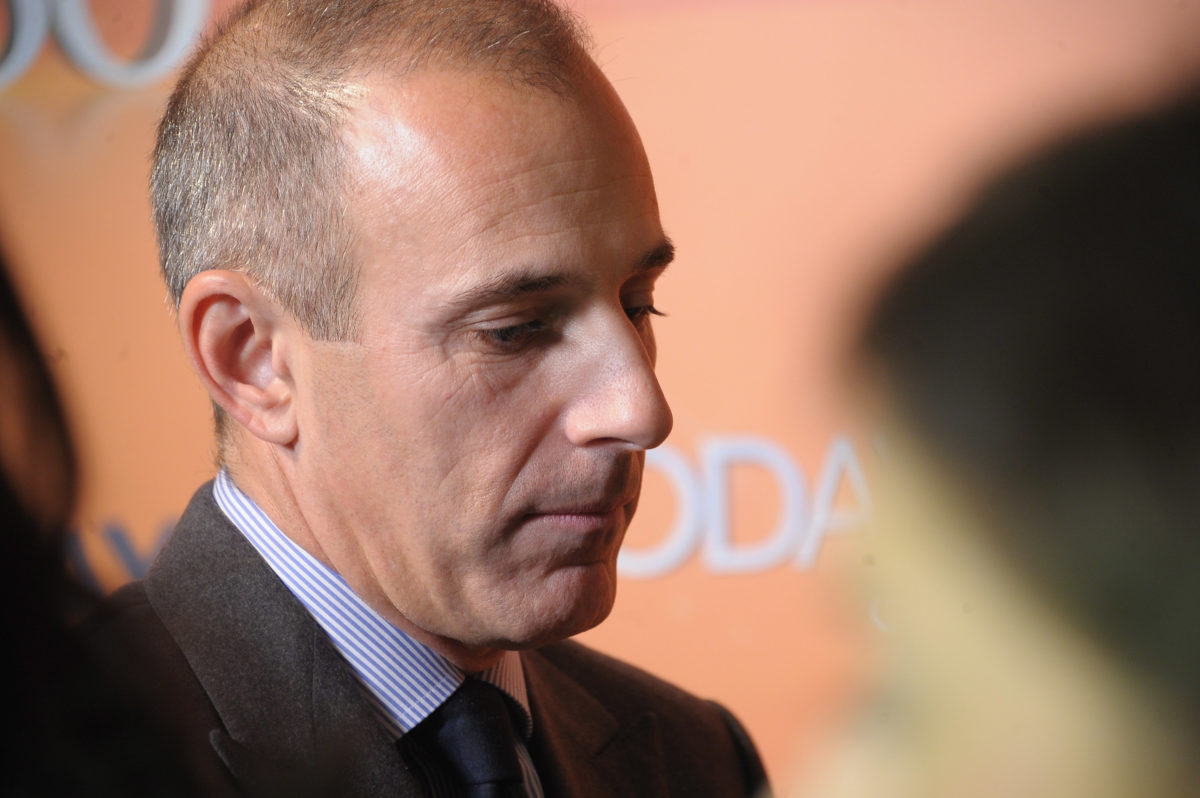 According to the Hollywood Reporter, Lonner told Farrow that Lauer lured her up to an empty office at an NBC cocktail party in 2010. There, he led her to a sofa and “unzipped his pants and pulled out his erect penis.”

In response to the allegations, Lauer’s attorney said, “Matt never exposed himself to anyone.”

“This ridiculous story has been shopped around for years. Many allegations that are being circulated were never raised during any fact-checking process,” the attorney claimed. “And despite repeated requests for an advance copy of this book, we have not been provided one, while many media outlets have. Matt will have more to say at an appropriate time, but he will not take part in the marketing circus for this book.”

Lonner reportedly told Farrow that she tearfully recounted the incident to Ann Curry, who says she told two executives at the network.

Lauer, who was fired from NBC News in 2017 over sexual misconduct allegations, is also accused in Catch and Kill of raping a colleague in 2014. Lauer has denied the allegation.

In an internal memo sent to employees this week, NBC News President Noah Oppenheim described Farrow’s book as a “smear” against the network and his claims about the Weinstein reporting a “conspiracy theory.”

Regarding the Curry reporting in Farrow’s book, Oppenheim said the former host did not relay any specific complaint to the two executives, who are no longer at NBC.

“By her own account, Curry relayed no specific complaint, nor did she say Lauer’s ‘problem’ regarded any specific workplace misconduct,” Oppenheim wrote. “NBCU was able to speak with one of those former executives during the 2018 review and she denied having been told even this. At the time of the employee’s exit, three years later, she still had made no complaint about Lauer.”

“You still wonder about the power imbalance in situations like this,” he declared. “Powerful men who seem to be protected by companies. In Lauer’s case, perhaps protected for many years.”

“Were the proper protections in place for employees like this?” Stelter questioned. “How could Lauer have been sleeping — allegedly raping, in one case, a female colleague, without management knowing?”