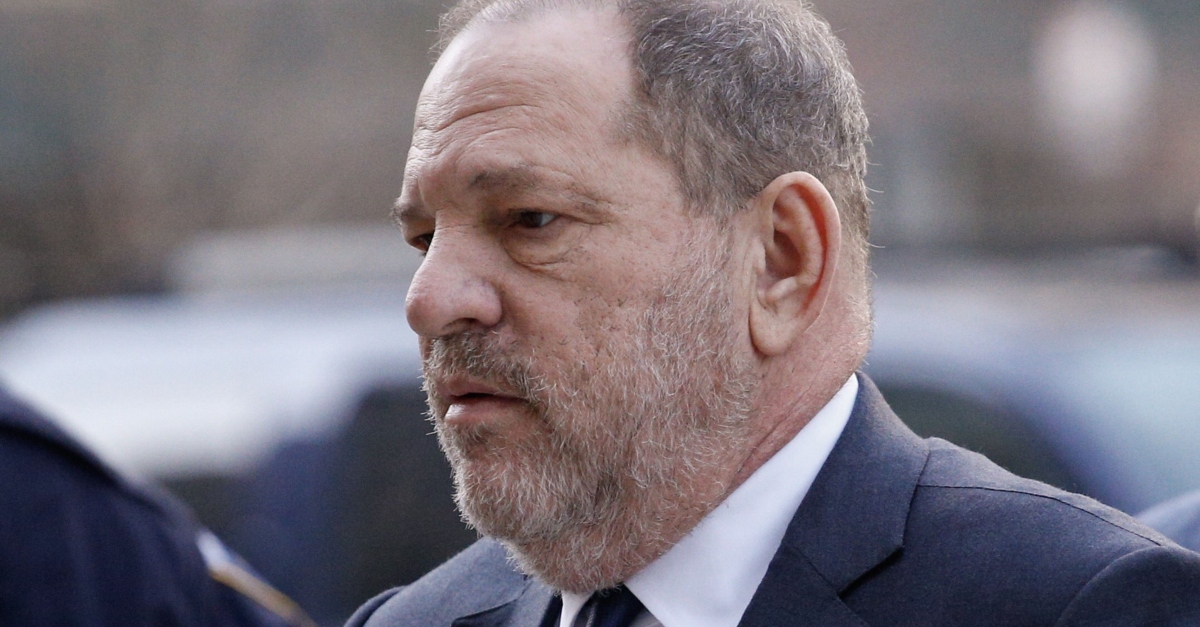 “One year ago, I resigned from NBC News because they ordered me to stop reporting on Harvey Weinstein, and I did not believe that they had been truthful with me or Ronan Farrow, the correspondent with whom I worked for almost a year on what would become one of the defining stories of our time,” McHugh declared. “I felt a responsibility to speak up, and I thought that going on the record might shed some light on what was, as I told the New York Times, a ‘massive breach of journalistic integrity.'”

McHugh claimed that NBC News Chairman Andy Lack and NBC News President Noah Oppenheim “personally intervened to shut down our investigation of Weinstein,” and “even refused to allow me to follow up on our work after Weinstein’s history of sexual assault became front-page news.”

“As the record shows, they behaved more like members of Weinstein’s PR team than the journalists they claim to be,” McHugh proclaimed, adding, “Thanks to them, a leading national news organization, in broad daylight and with zero remorse, abdicated its single greatest responsibility—to relentlessly pursue and tell the truth.”

According to McHugh, NBC News investigative unit head Rich Greenberg told him, “Noah was very, very clear… No further calls. You are to stand down,” and NBC News also shut down another unrelated story about Weinstein which McHugh was working on.

In the article, McHugh also claimed he was targeted by two intelligence agencies, his phone was hacked, and his house was broken into during his Weinstein investigation.

According to Farrow’s new book Catch and Kill, Weinstein threatened to expose NBC News’ anchor Matt Lauer’s own alleged sexual misconduct if the network didn’t drop their investigation, and the Hollywood producer later boasted about how he had killed the story.

Farrow also claimed Lack himself “preyed on female underlings and pursued sexual relationships with them.”

On Wednesday, Farrow’s partner Jon Lovett posted on Twitter, “NBC killed the Weinstein story. It was a historic mistake. Over and over and over again, NBC told Ronan to stop reporting. I heard it myself! Phones have speakers!”