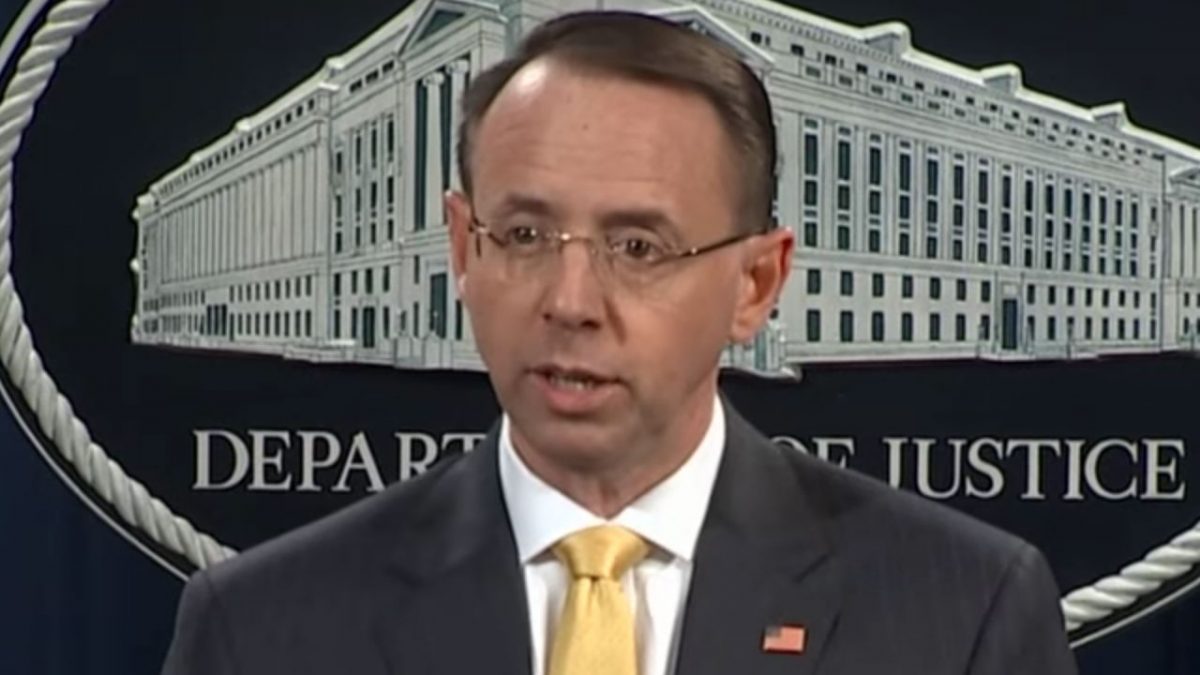 Sen. Lindsey Graham (R-SC), chairman of the Senate Judiciary Committee, announced Wednesday that former Deputy Attorney General Rod Rosenstein will testify before the committee next week for a hearing on the origins of the Russia investigation.

“Mr. Rosenstein will testify about the new revelations contained in the Horowitz report concerning the FISA warrant applications and other matters,” Graham said.

Rosenstein said in a statement confirming his appearance, “I am grateful to Chairman Graham for the opportunity to testify before the Senate Judiciary Committee about information that has come to light concerning the Foreign Intelligence Surveillance Act and the FBI’s counterintelligence decision-making.”

Rosenstein has publicly defended the handling of the Russia probe and the Mueller report, and after leaving the DOJ he swiped at former FBI director James Comey for “acting as a partisan pundit.”

The focus of the Judiciary hearings is “Oversight of the Crossfire Hurricane Investigation,” and will be also looking into the Michael Flynn investigation. Per Politico:

The committee’s probe is also expected to cover the investigation into former national security adviser Michael Flynn, who pleaded guilty to lying to the FBI about his contacts with Russia’s ambassador to the U.S., but later saw his criminal case dropped by the Justice Department. Flynn and his allies, including Trump and prominent conservative media figures, have accused the FBI and senior-level Obama administration officials of unfairly targeting the former Defense Intelligence Agency chief…

The next day, the committee is expected to vote on a broad subpoena giving Graham the authority to compel documents and testimony from a slew of former Obama and Trump administration officials. FBI Director Christopher Wray is also on the list.

The hearing with Rosenstein is set for Wednesday, June 3.