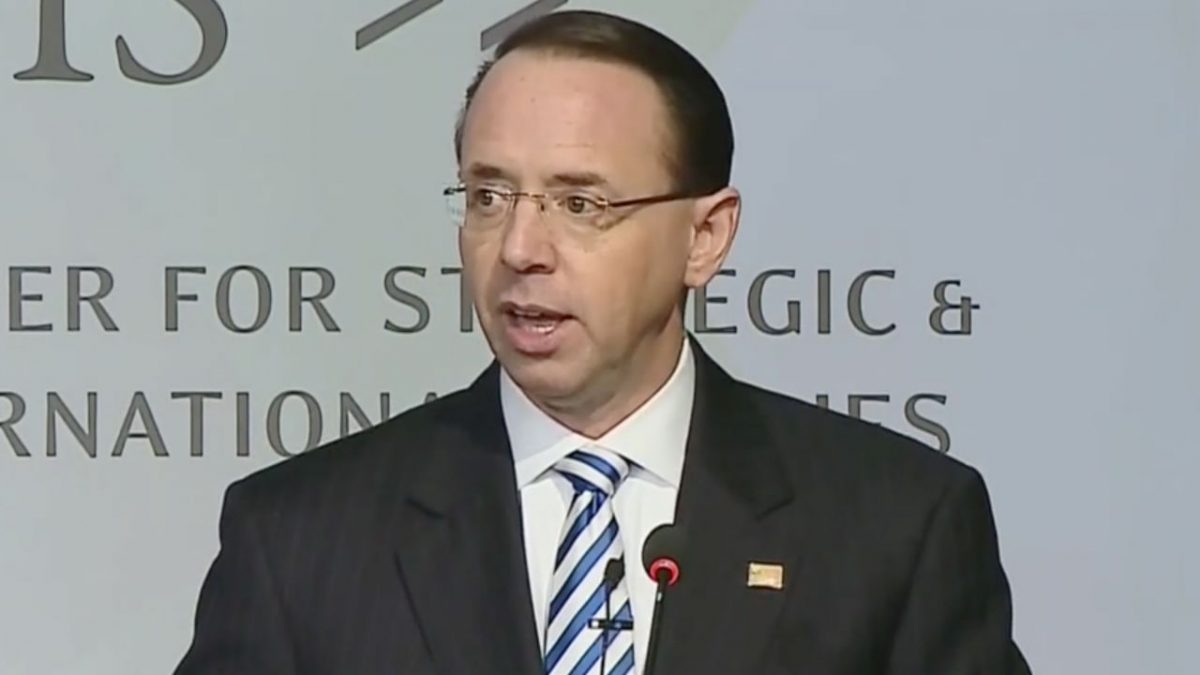 Deputy Attorney General Rod Rosenstein spoke out yesterday on the Mueller report and responded to the criticism of how the entire process was handled.

Per the Washington Post, Rosenstein said the evidence about Russian cyberattacks “is only the tip of the iceberg of a comprehensive Russian strategy to influence elections, promote social discord, and undermine America, just like they do in many other countries.”

Rosenstein spoke to the Armenian Bar Association Thursday and said he pledged to make sure the investigation was done right, adding, “I did not promise to report all results to the public, because grand jury investigations are ex parte proceedings. It is not our job to render conclusive factual findings.”

At one point he criticized the Obama administration over its handling of this issue:

“Some critical decisions about that Russia investigation were made before I got there. The previous administration chose not to publicize the full story about Russian computer hackers and social media trolls, and how they relate to Russia’s broader strategy to undermine America.”

He also made a point of swiping at “mercenary critics” who “launch ad hominem attacks unrestricted by truth or morality. They make threats, spread fake stories and even attack your relatives.”

“Some of the nonsense that passes for breaking news today would not be worth the paper it was printed on, if anybody bothered to print it,” Rosenstein said regarding press coverage.