Georgia Sen. Johnny Isakson Resigning at End of the Year 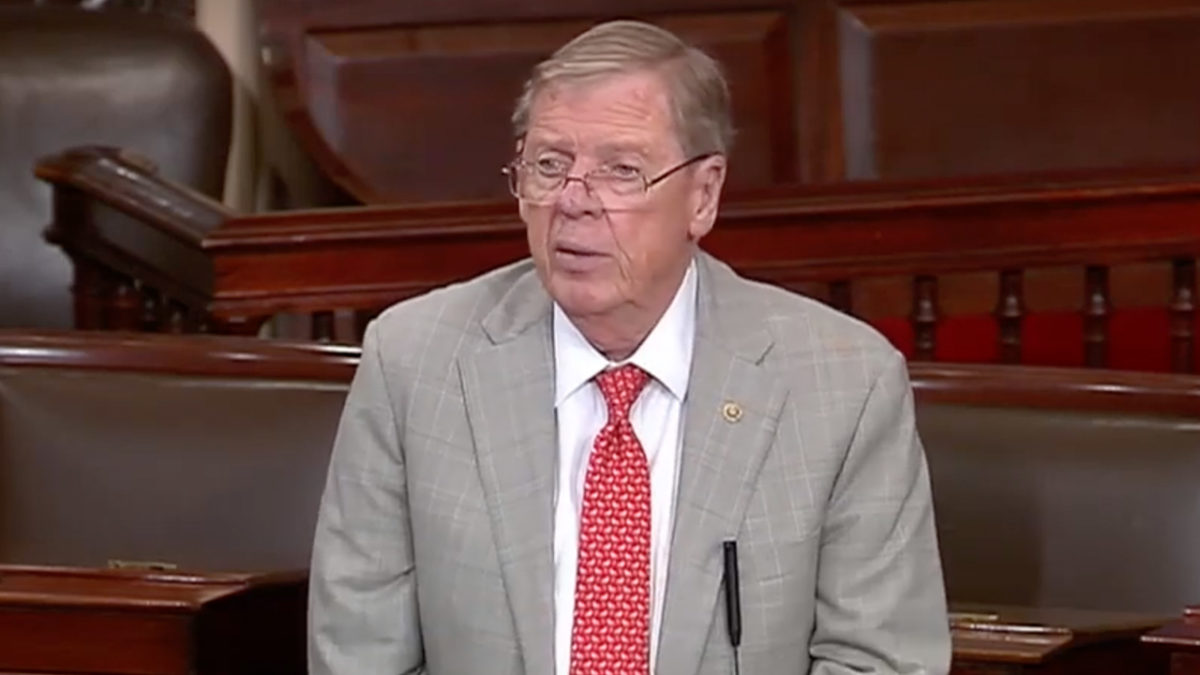 “I am leaving a job I love,” he says in a statement, “because my health challenges are taking their toll on me, my family and my staff. My Parkinson’s has been progressing, and I am continuing physical therapy to recover from a fall in July.”

Isakson says that it “goes against every fiber of my being to leave in the middle of my Senate term,” but he’s concluded it’s the right decision given his “mounting health challenges.”

There will be a special election in 2020 for the Senate seat, in addition to Georgia senator David Perdue facing reelection next year.

Reactions have been pouring in from his colleagues:

Thank you @SenatorIsakson for your service to our nation and to the state of Georgia.

It’s been a privilege getting to work with you during my first year in the U.S. Senate. I look forward to seeing what more we can accomplish in these next few months! https://t.co/Z8J0vgroiR

Folks on both sides of the aisle are going to miss @SenatorIsakson. He’s a gentleman who’s spent his career looking for common ground and actually trying to accomplish something in Washington. Wishing Johnny and Dianne all the best today.

No one is more respected by the other members of the Senate than Johnny Isakson is. We have been close friends for 20 years. I will miss his leadership and his advice when he leaves the Senate, but look forward to his continued friendship.

We will surely miss him. Wonderful human being and a great Senator https://t.co/0tdaQW03Ig

Johnny is a leader, a gifted legislator, and a true gentleman who deeply loves his state and his country. He is my dear friend and his wise counsel is an invaluable asset to the Senate and will be missed. https://t.co/EStjUNWjki

It has been an honor and a privilege to serve alongside @SenatorIsakson. Johnny, you will be missed and Vicki and I wish you nothing but the best. https://t.co/VPSfeqsBaQ

Stacey Abrams, who’s been talked about as a candidate for Senate in Georgia, has a statement out saying she won’t be a candidate herself:

Statement from my spokesman: pic.twitter.com/0smIAb5ptA