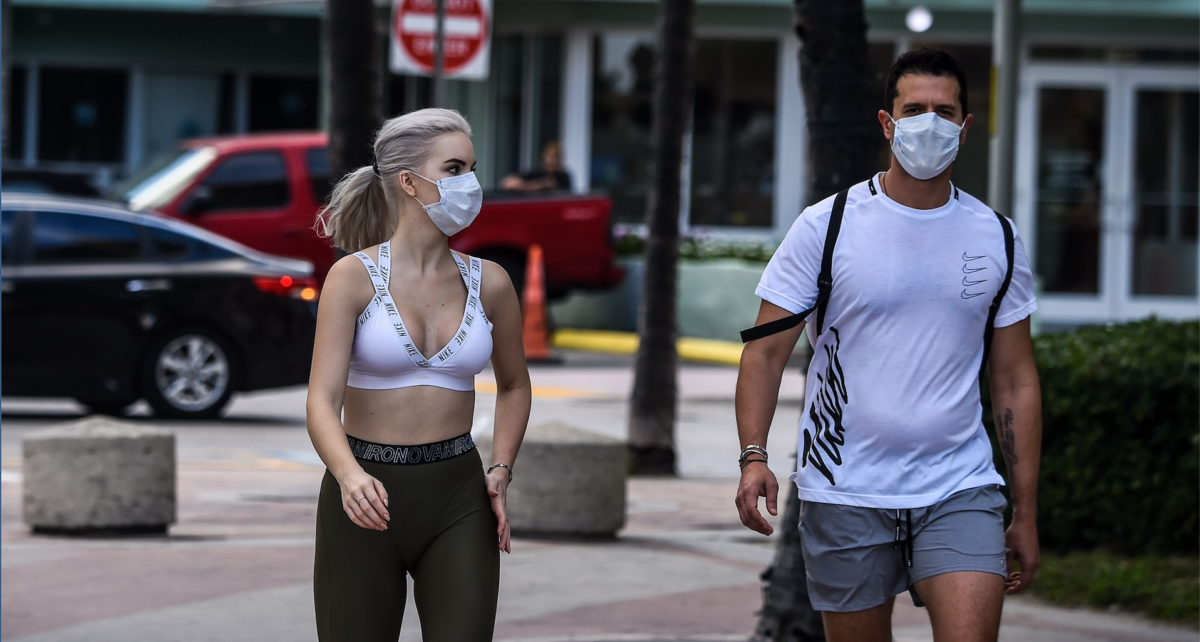 The Florida city of Jacksonville is set to require that face coverings be worn indoors beginning 5:00 p.m. Monday, less than two months before the Republican National Convention kicks off in the city.

City spokesperson Nikki Kimbleton announced the rule at a Monday media briefing. The move comes after Florida experienced a surge in the number of daily new coronavirus cases. The state experienced a new high of 9,585 confirmed cases on Saturday, surpassing Friday’s high of 8,942.

The new cases have been driven by Miami-Dade County. Miami Mayor Francis Suarez last week imposed a rule requiring residents to wear masks even in outdoor settings to little avail. The county on Sunday accounted for 2,152 confirmed cases, surpassing 2,000 for the first time since the coronavirus pandemic began in March.

Jacksonville’s Duval County has recorded a total of 5,839 cases so far this year, representing half a percent of residents, though new cases have been on rise. The county recorded 251 new infections on Sunday.

Republicans this month moved their national convention out of Charlotte, North Carolina, after disagreements with Gov. Roy Cooper (D) about whether it could be held — according to Cooper’s characterization — “with no face coverings and no social distancing.”

The convention is presently scheduled to take place in Jacksonville from Aug. 24-27.