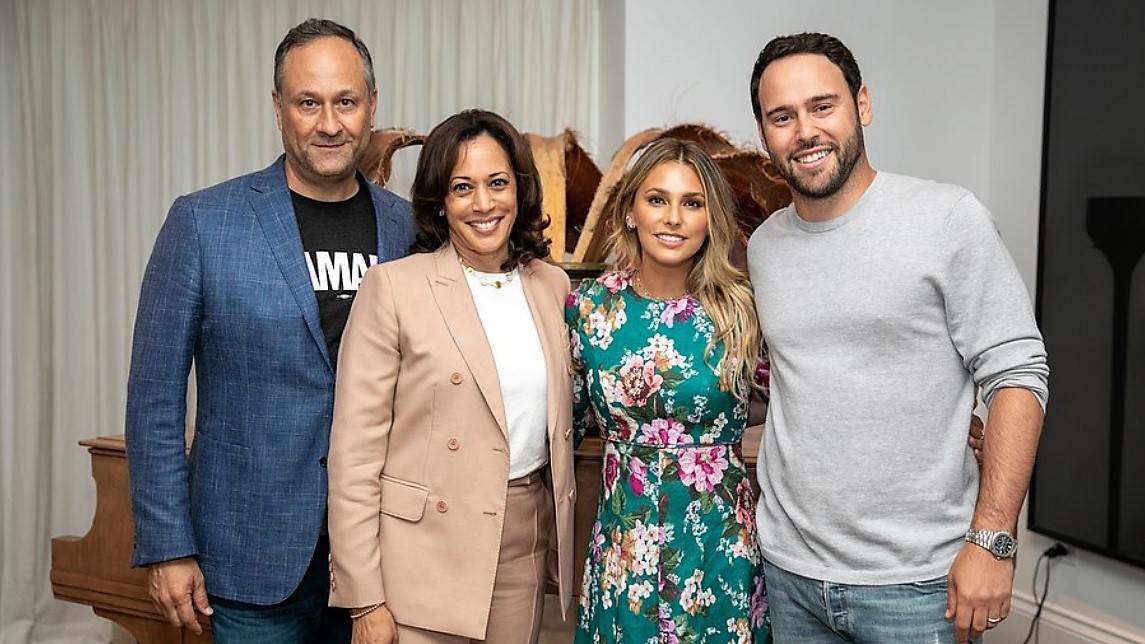 California Senator Kamala Harris’ presidential campaign clapped back at a report alleging a burgeoning feud between the Democratic candidate and fans of pop superstar Taylor Swift over Harris’ attendance at a fundraiser at the home of music manager Scooter Braun.

The drama began when Braun posted photos of himself with Harris at an event in his yard.

Such an incredible night supporting our brilliant friend… candidate for President of the United States of America @KamalaHarris ??

That post prompted outrage from at least three Twitter users — with 1,069 followers between them — who purported to be Swift fans, and felt that Harris’ attendance at Braun’s home was nowhere near fleek, let alone on it, according to The New York Post’s Page Six.

That story was then aggregated by The Daily Beast under the headline “Taylor Swift Fans Go After Kamala Harris for Attending Event at Scooter Braun’s House.”

But Kamala Harris for President National Press Secretary Ian Sams noticed something fishy about the story. “Still mindblowing to see ostensibly mainstream outlets pushing this,” Sams wrote, adding that “The quote that @thedailybeast is amplifying here to its 1.2M followers is from an anonymous account with a profile pic from Shutterstock and a banner img: ‘Proud to Be An American’.”

Still mindblowing to see ostensibly mainstream outlets pushing this… The quote that @thedailybeast is amplifying here to its 1.2M followers is from an anonymous account with a profile pic from Shutterstock and a banner img: “Proud to Be An American”https://t.co/yBMh4GdP7z https://t.co/G7xoQt1LWi

Further complicating matters for The Daily Beast is the fact that it was forced to append the story with an editor’s note that reads “An earlier version of this story incorrectly claimed that Taylor Swift had tweeted about the event herself.”

But the lede for the story still asserts that “Taylor Swift will not be voting for Democratic presidential hopeful Kamala Harris.”

As Vanity Fair notes, Swift actually hasn’t said anything about the event. Swift is currently embroiled in a feud with Braun that launched an entire Vox explainer, but she hasn’t weighed in on Harris. However, as of a few weeks ago, Senator Harris was sufficiently within Swift’s good graces to earn a retweet from the pop star.

Perhaps Sams’ message to the media could have been better stated as “You Need to Calm Down,” while Sams himself ponders Swift’s immortal advice to Shake It Off.