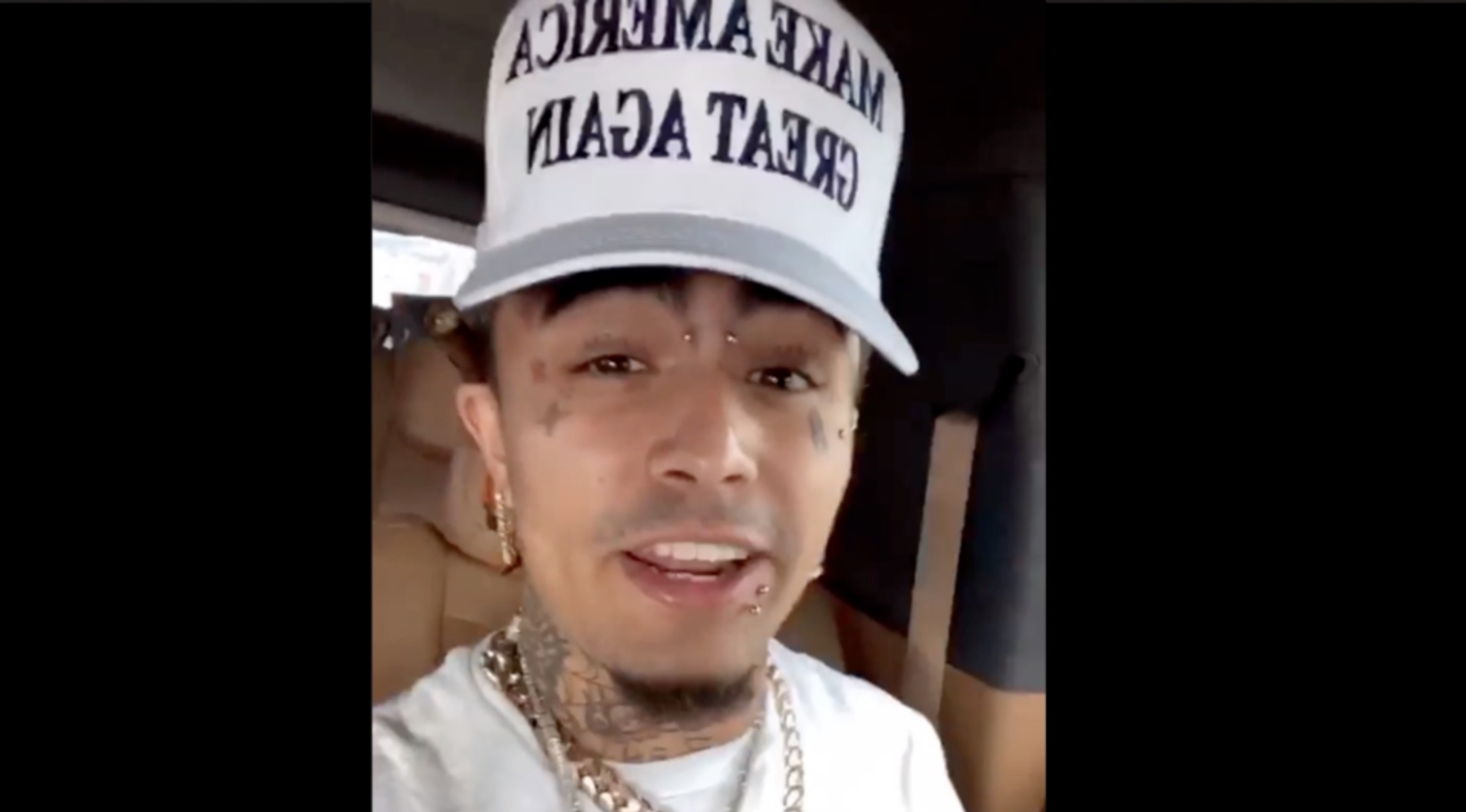 The Miami native and “Gucci Gang” artist posted videos on Instagram of himself at the president’s rally in Opa Locka, which kicked off just before midnight on Monday. He published photos of himself posing later in the evening with Kim Guilfoyle, the presidential adviser in a relationship with the president’s son, Donald Trump Jr.

Garcia came out in Trump’s support last month with a commentary on Democratic presidential nominee Joe Biden’s tax plan. “All I got to say is Trump 2020, bi—h,” he said in a video on Instagram. “F—k I look like paying an extra $33 in tax for Biden’s bi—h ass?”

Garcia’s support comes after rapper Curtis “50 Cent” Jackson expressed his displeasure with Biden’s tax plan in an Instagram post last month, writing, “I don’t want to be 20cent.” (Jackson partially recanted his position after receiving backlash, writing on Twitter over the weekend that he had “never liked” Trump.)

Rapper Lil Wayne also followed in Garcia’s footsteps last week, publishing a picture of himself with Trump and writing he “had a great meeting” with him.