Pro-Trump activist Brandon Straka was booted off an American Airlines flight following a spat between himself and crew members over his refusal to wear a face mask.

Straka, who was flying to Seattle to visit the “Capitol Hill Organized Protest” (CHOP) zone before he was kicked off the plane, took immediately to Twitter to blast the airline.

He claimed it was wrong for the American Airlines crew to state he was breaking the law by not complying with their policy requiring passengers to wear a face mask during the coronavirus pandemic that has claimed more than 100,000 lives in the United States.

I was just removed from my flight for not wearing a mask. 1st time this has happened. Not a federal law. @AmericanAir staff standing over me telling me it’s THE LAW. So much for “please respect those who can not wear a mask”. When I pointed out this wasn’t a law I was removed.

In an interview with Mediaite on Wednesday afternoon, Straka said that he’s never been mandated to wear a mask on a flight in the age of the coronavirus.

He claimed that the incident became hostile as two flight attendants told him it was against the law to not wear a mask. According to Staka, the pilot also intervened.

“Sir, are you wishing not to wear a mask today?” Straka said the pilot asked him.

“I would prefer not to,” Straka replied. When asked by a flight attendant if he had a medical condition, he said he did, but declined to elaborate. He was then booted from the flight.

Asked by Mediaite if he had a medical condition preventing him from wearing a mask, Straka replied, “Yes, I do.”

He declined to specify what medical condition he suffers from.

Astead Herndon, a national political reporter for The New York Times, happened to be on the same flight, and recorded video of the incident.

“You’re holding up the whole airplane,” the attendant says. “Sir, can you put it on or get off,” someone else exclaims.

Following the incident, Straka also took to Periscope, adding that he had been booked onto another flight.

An American Airlines spokesperson told Mediaite that Straka failed to comply with “instructions provided by the flight crew.”

“Prior to the departure from the gate of American Airlines flight 1263 from New York’s LaGuardia to Dallas/Fort Worth, Brandon Straka declined to wear a face covering. After he refused to comply with the instructions provided by the flight crew, our team members asked him to deplane. He deplaned, and the flight departed the gate four minutes late at 12:34 p.m. ET,” an American Airlines spokesperson told Mediaite.

“Mr. Straka stated to our airport team members that he would comply with our policies, and was rebooked on a later flight,” they added.

The company also explicitly states on their website that “a face-covering is required while flying on American, except for very young children or anyone with a condition that prevents them from wearing one.”

In the Periscope video, Straka said he would be forced to wear a mask on his next flight.

Despite claims to a medical issue, however, just prior to the incident Straka suggested on Twitter that the reason he wasn’t wearing a mask was due to a condition known as “Sanity.”

Flight Attendant: Excuse me, sir, do you have a condition that prevents you from wearing a mask?

Flight Attendant: May I ask what that is?

Despite his refusal to wear a mask on the American Airlines flight, Straka sells masks on his pro-Trump “#WalkAway” website for $20.

Straka, when asked about why he wouldn’t wear a mask which his group promotes, dismissed the question while stating he sells them for those who are at higher risk. 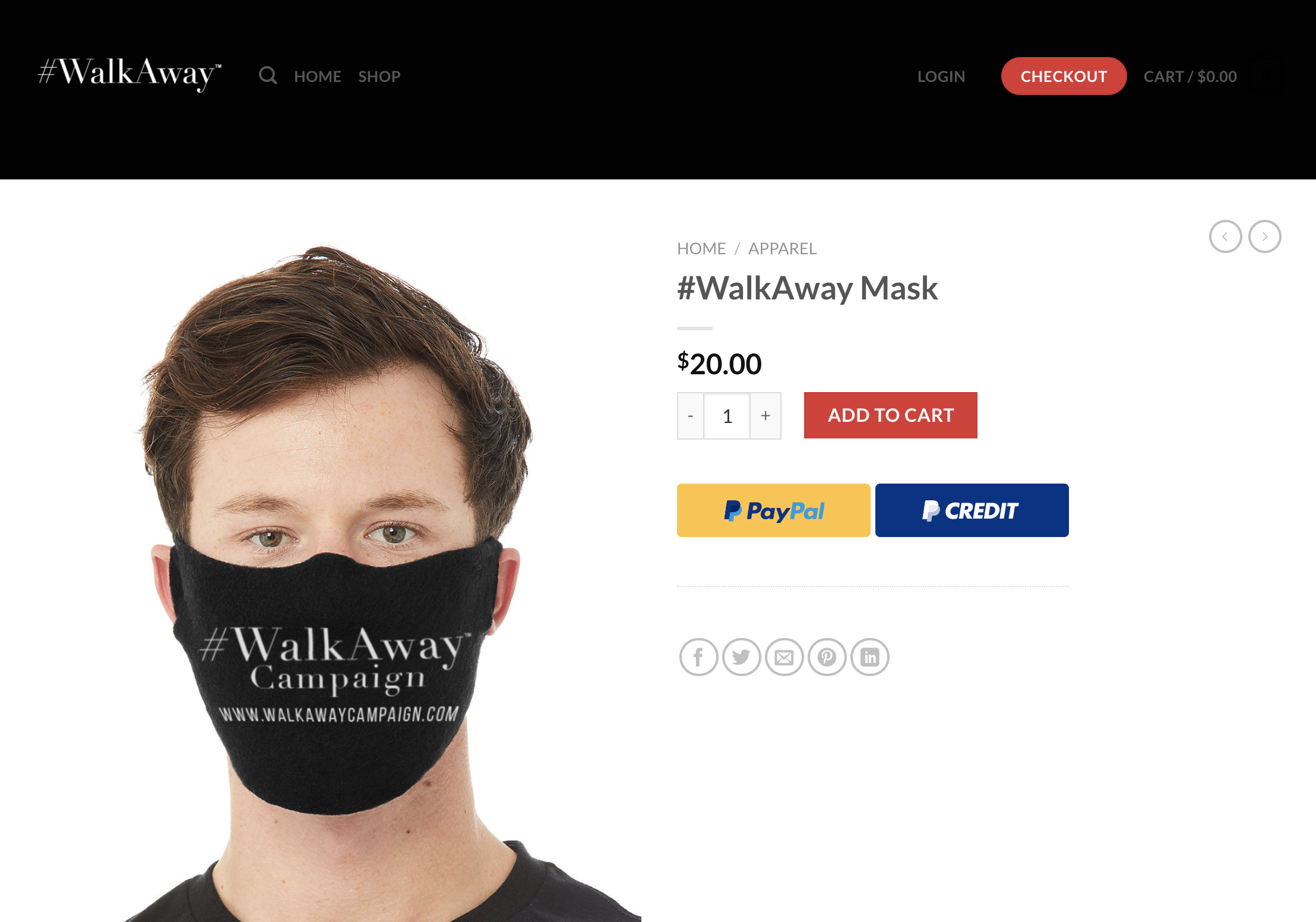 “There are definitely people who absolutely should be wearing masks,” Straka told Mediaite.

UPDATE 06/18: American Airlines told Mediaite that after an additional review of the incident, Straka is no longer allowed to fly American. The ban will be lifted “once face coverings are no longer required for customers,” the airline said.

American Airlines thoroughly reviewed an incident on June 17 involving one of our customers, Brandon Straka. As a result of this review, Mr. Straka will not be permitted to fly American, as he failed to comply with our stated policy and crewmember instructions. We are committed to protecting the safety and well-being of our customers and team members, which is why we strengthened enforcement of our policy for required face coverings on board. We expect customers who choose to fly with us to comply with these policies, and if necessary, we will deny future travel for customers who refuse to do so. Restricting travel is a step we take very seriously, and it will only occur after a comprehensive review of the facts of an incident. Mr. Straka will be permitted to fly with us once face coverings are no longer required for customers.