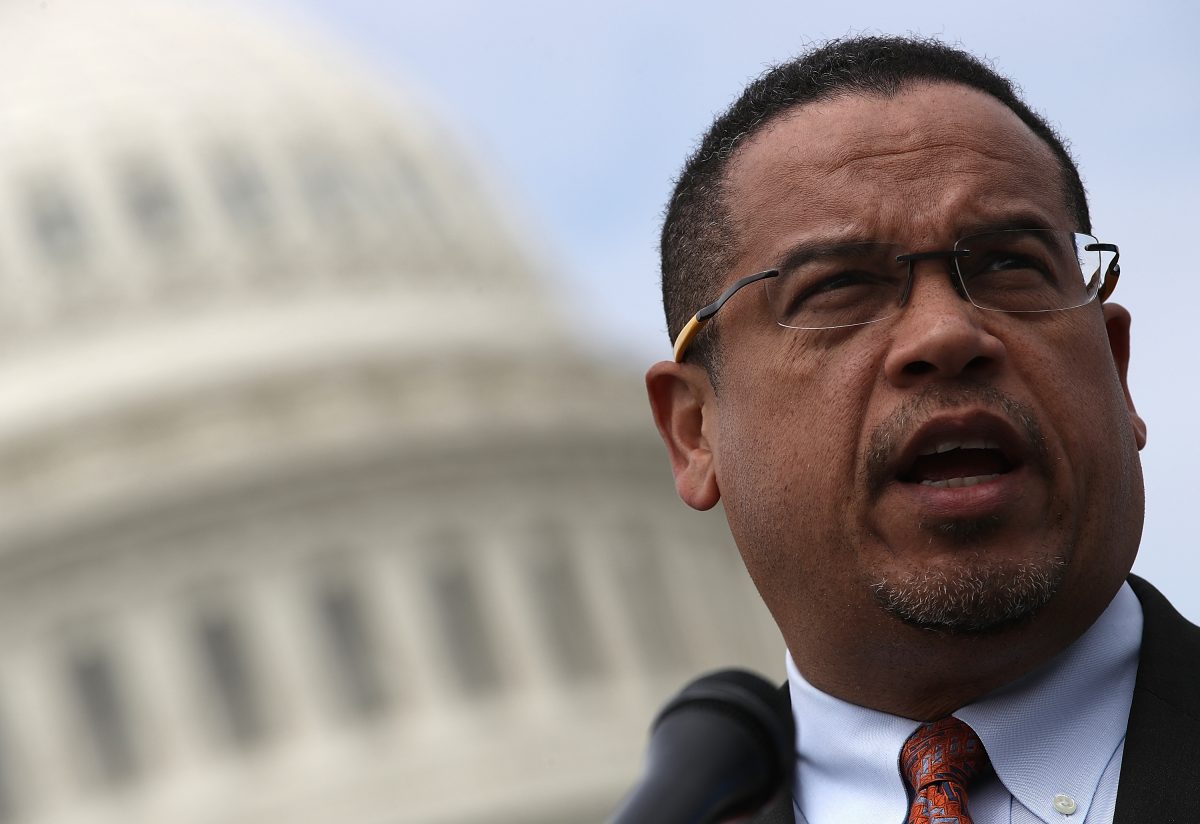 Minnesota Attorney General Keith Ellison (D) said Monday he was “very seriously looking” at charging three officers who were present during George Floyd’s death, but that history indicated it was not going to be an “easy slam dunk.”

“If I could just remind the folks listening, look, we all saw what happened to Freddie Gray,” Ellison, who was appointed to lead the prosecution of Floyd’s death, said in an interview with SiriusXM host Joe Madison. “We looked at that and we were like, well, of course, that guy was killed. And yet nobody was convicted for that. Walter Scott, that jury hung. Even Rodney King, he got hit 57 times and the Simi Valley verdict was not guilty, or as my memory serves, and they ended up getting convicted because of a federal civil rights prosecution.

“And so I just want to caution folks,” he added. “I mean, everybody said, ‘well, we all saw with our own eyes what happened there. We know what happened. We know what the results should be.’ And I don’t deny that your eyes are working well and you saw what you saw, but that doesn’t mean that when we get to a courtroom that it’s going to be some sort of easy slam dunk. History proves that it isn’t.”

Minneapolis police officer Derek Chauvin on Friday was charged with 3rd-degree murder and manslaughter in connection with Floyd’s death. Protesters around the nation have called for three other officers who were present for his death to be charged as well.

“We’re going over it carefully and we are reviewing the videotapes, the audiotapes, all the evidence, and we will make a charging decision based on the facts that we can prove, but I don’t want anybody to doubt that we are very seriously looking at that issue,” Ellison said.

Listen above via SiriusXM’s The Joe Madison Show.