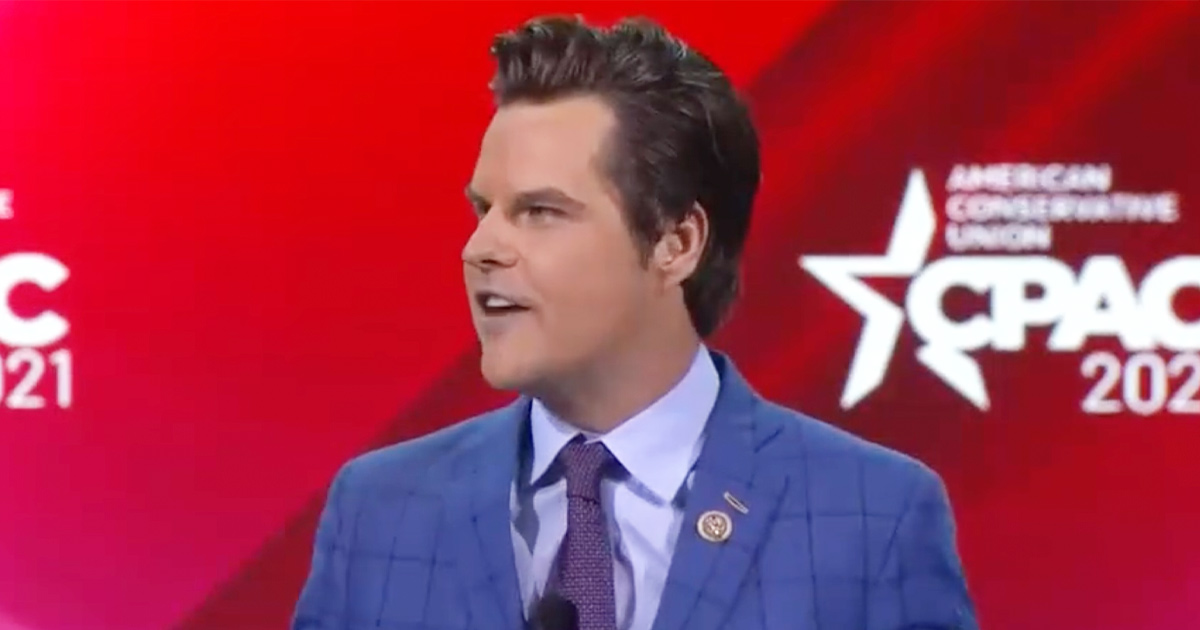 A new report on Congressman Matt Gaetz says that he allegedly was part of a “cocaine-fueled party” in 2019.

The Daily Beast dropped a new report Friday on a Florida fundraiser Gaetz attended in 2019 and his alleged interactions with Megan Zalonka during a party afterwards.

On Oct. 26, 2019, Gaetz attended the “Trump Defender Gala” fundraiser as the featured speaker at the Westgate Lake Resort in Orlando. Two witnesses present recalled friends reconvening at Gaetz’s hotel room for an after-party, where Zalonka prepared lines of cocaine on the bathroom counter. One of those witnesses distinctly remembers Zalonka pulling the drugs out of her makeup bag, rolling a bill of cash, and joining Gaetz in snorting the cocaine.

While The Daily Beast could not confirm that Gaetz and Zalonka had sex that night, two sources said the pair had an ongoing financial relationship in exchange for sex.

Zalonka apparently had “a taxpayer-funded no-show job that earned her an estimated $7,000 to $17,500” through her relationship with Greenberg, the report says.

The Daily Beast report says that Zalonka will be identified by Greenberg as “one of more than 15 young women Gaetz paid for sex.”

Gaetz has repeatedly denied the allegations against him and slammed the media coverage during a recent rally.

A firm the Florida congressman hired said in a statement, “Congressman Gaetz won’t be commenting on whether he dated or didn’t date specific women. The privacy of women living private lives should be protected.”