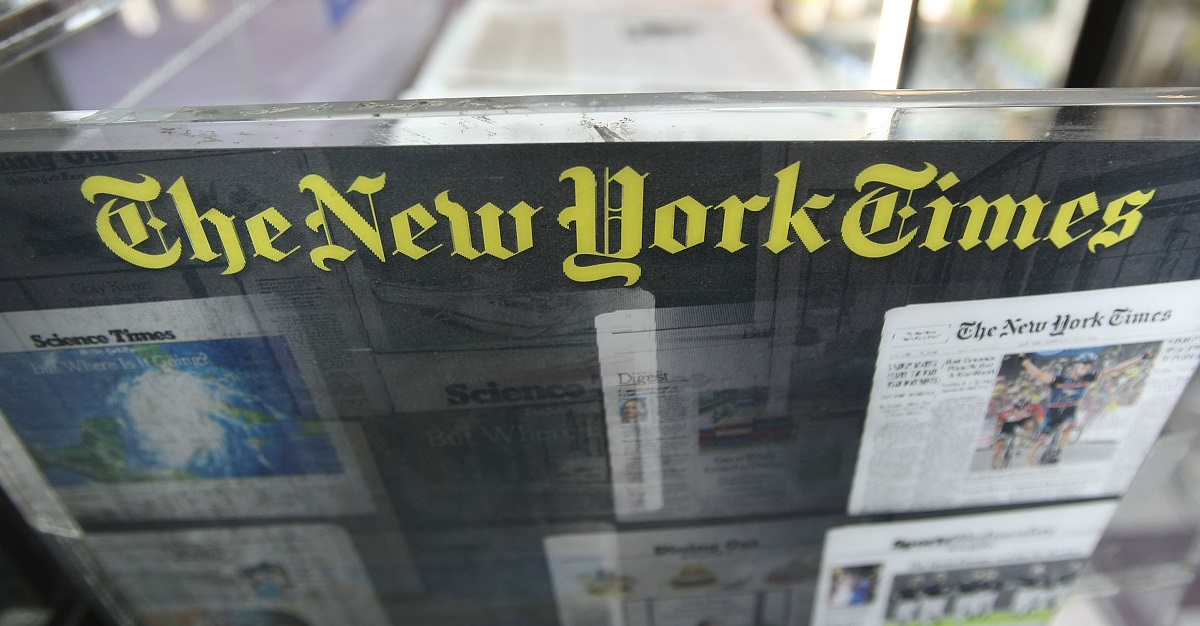 The New York Times faced a mutiny from readers and staff over the publication of an op-ed by Republican Arkansas Senator Tom Cotton, so they decided to publish a news report about it that suggested readers were confused about the difference between opinion pieces and news articles.

On Wednesday, the paper published an essay by Cotton that called for the deployment of the U.S. military against the protests across the country — sparked by the police killing of George Floyd — under color of the 1807 Insurrection Act. The decision to publish that piece sparked a massive backlash from readers and non-readers, and from many New York Times staffers themselves.

NYT editorial page editor James Bennet tried to address the criticism in a Twitter thread Wednesday night — one in which he himself acknowledged that the backlash wasn’t over mere disagreement with Cotton, but because, as he put it, “many readers find Senator Cotton’s argument painful, even dangerous.”

But when it was time for the Paper of Record to report on the revolt among readers and staff, they decided to include another explanation — that its own readers were just confused.

After providing an overview of the supervisory structure at the paper, the report noted that “The distinction between opinion pieces and news articles is sometimes lost on readers, who may see an Op-Ed — promoted on the same home page — as just another Times article.”

However, nothing about the criticism referenced in the article, including the comments of their own editorial page editor, indicated that this was the case with the backlash to the Cotton essay.

In fact, the report included many of the criticisms from its own staffers — who presumably know the difference between opinion ad news articles — which similarly described Cotton’s language as dangerous.

Dozens of Times staff members responded to the Op-Ed on Twitter by tweeting the sentence (or variations on it): “Running this puts Black @NYTimes staff in danger.” Discussion of the Op-Ed on social media had included the newspaper’s social media policy, which instructs newsroom employees not to post partisan comments and to be “especially mindful of appearing to take sides on issues that The Times is seeking to cover objectively.”

Nikole Hannah-Jones, a correspondent for The New York Times Magazine who won the Pulitzer Prize in commentary last month, tweeted, “As a black woman, as a journalist, as an American, I am deeply ashamed that we ran this.”

The NewsGuild of New York, the union that represents many Times journalists, said in a statement on Wednesday that the Op-Ed “promotes hate.” “This is a particularly vulnerable moment in American history,” the statement said. “Cotton’s Op-Ed pours gasoline on the fire. Media organizations have a responsibility to hold power to account, not amplify voices of power without context and caution.”

The entire report can be read here.