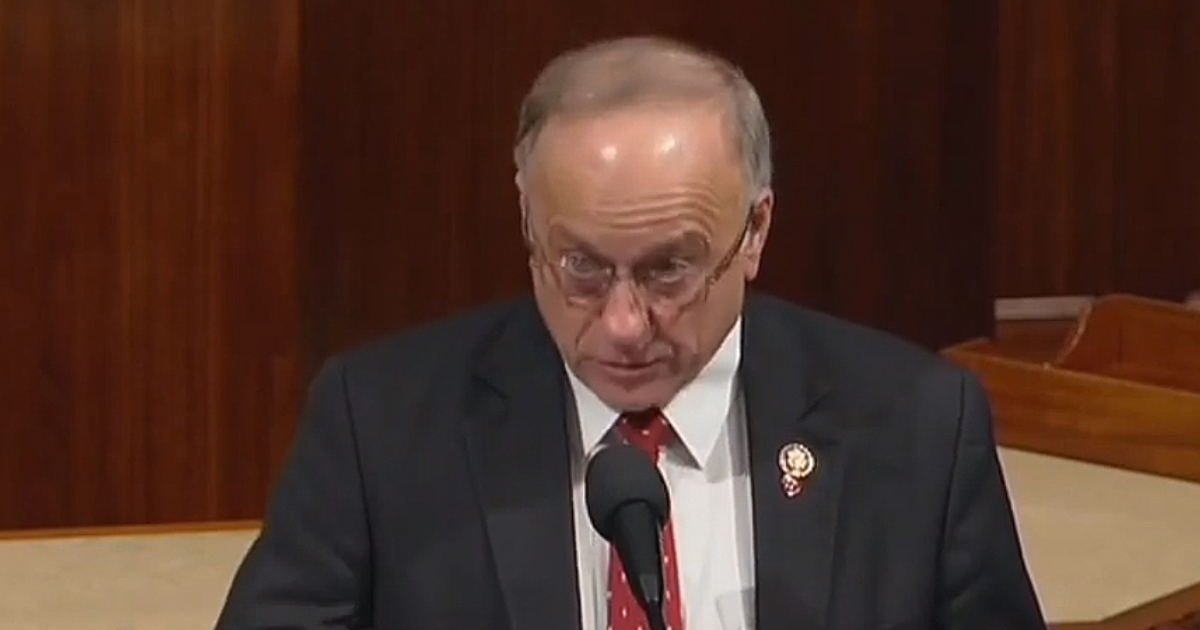 Rep. Steve King (R-IA) was trolled into praising an iconic movie villain on Thursday, and was summarily dunked on by political Twitter.

Ken Klippenstein, a reporter for The Young Turks, asked the Iowa Congressman if he could send a July 4th shout out to his “uncle,” Col. Nathan Jessup.

Sir, can I get a retweet for my uncle Col. Nathan Jessup, he’s in the Marines and spending the 4th overseas keeping our nation safe ????? pic.twitter.com/P8DKZqy2D8

King dutifully obliged — praising the Colonel and his fellow Marines.

“God bless you all,” King told the Colonel and his unit in a tweet (screengrabbed below via MSNBC’s Kyle Griffin). “You have our back and millions of us have yours!”

Posting this before it gets deleted. pic.twitter.com/ABTFFHi2Q9

The joke, of course, is that Col. Nathan Jessup exists only as a figment of screenwriter Aaron Sorkin’s imagination. Jessup was the iconic villain of the 1992 film A Few Good Men, played memorably by Jack Nicholson. Klippenstein, for good measure, even included a photo of Nicholson in his original tweet. But King still couldn’t figure out the gag, despite the obvious visual clue.

Hey @SteveKingIA: I don’t always praise fictional military personnel, but when I do, I prefer praising Lt. Daniel Kaffee.#AFewGoodMen https://t.co/UD7sXwmhA1

Steve King has pulled ahead in the race for dumbest member of Congress. Your move, @LouieGohmertTX1. https://t.co/6rzIL4jl9j

I’m still laughing about the Steve King thing. What a dipshit.

What’s funnier? That he responded to a twitter account named “Steve King is a white supremacist” or that deep down in places he doesn’t talk about at parties, he wants, needs Colonel Jessup on that wall? https://t.co/KNaOzrHiAp

Steve King, a US congressman who was stripped of his House committee seats for defending white supremacists, doesn’t appear to have been able to handle the truth about Col Jessup and deleted the tweet pic.twitter.com/M94rugddtP