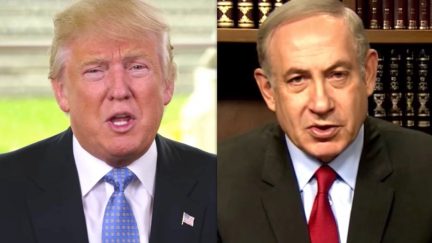 Yair Netanyahu, the son of Benjamin Netanyahu, lashed out on Thursday at Barak Ravid, a senior diplomatic correspondent for Israel’s Channel 13 News and Axios contributor, for a recent story he wrote about Israeli prime minister — prompting fierce defenses — including one from TPM publisher Josh Marshall that called the PM’s son “a dish*t pig.”

Yair, you are a dipshit pig and an embarrassment to Jews everywhere. Don’t you have some racist anti-Semitic pals you’re supposed to be churning up to commit more atrocities against American Jews? https://t.co/vHi5JYIiPV

Axios’ story detailed frantic attempts by Netanyahu to reach U.S President Donald Trump and block any potential meeting between him and Iranian foreign minister Javad Zarif, who made a surprise appearance at the G7 summit last weekend.

According to the report, on which Ravid shared a byline with Axios heavyweight Jonathan Swan — long recognized for having potent sources within the Trump administration — Netanyahu and his staff were worried that French President Emmanuel Macron’s unbeknownst decision to invite Zarif would lead to an impromptu meeting with Trump. The ultimate fear for Israelis is that a meeting with Zarif would make the U.S. president more likely to be willing to meet with Iranian President Hassan Rouhani and resume a “long, open-ended diplomatic process that would take the pressure off of the Iranian regime.”

Netanyahu and his aides were apparently unable to get a hold of the president despite multiple attempts, ultimately making contact with Vice President Mike Pence and U.S. Secretary of State Mike Pompeo. While Trump ultimately did not meet with Zarif, the distress exhibited by Netanyahu’s actions underscores Israeli fear of renewed talks between the U.S. and Iran.

The possibility of a meeting between the commander-in-chief and Iran, however, appears to be a matter of ‘when’ as opposed to ‘if.’ The report cited senior Israeli officials who thought “direct talks between the U.S. and Iran are just a matter of time – and not a lot of time.” And Trump himself has said before that he’s wiling to meet with the Iranian without any preconditions.

Zarif’s unexpected appearance at the G7 additionally came at a sensitive time, with the Israeli PM unleashing airstrikes into Syria to target an alleged plot by an Iranian Revolutionary Guard Corps special unit to attack Israeli targets with drones.

Yair, who clearly saw the reporting as a dig or embarrassment toward his father, took to Twitter where he attacked Ravid’s credibility and precipitated the insult that was to be unleashed by Marshall.

Hi everyone. I know for a fact that Barak Ravid is boycotted in the American administration for his lies and fake news. Nobody there talk to him. Not even the person that makes the coffee in the White House. Fake news!

Martin Indyk, former U.S. Ambassador to Israel under Bill Clinton, also took issue with the smear and jumped into the fray to defend Axios, prompting Yair to reply with a dig at the diplomat.

Hi Martin thank god you have connections in this administration and this WH like I did at the obama’s (aka none). So sorry that your endeavor to destroy the Jewish state in the 90s didn’t succeed. Try next time