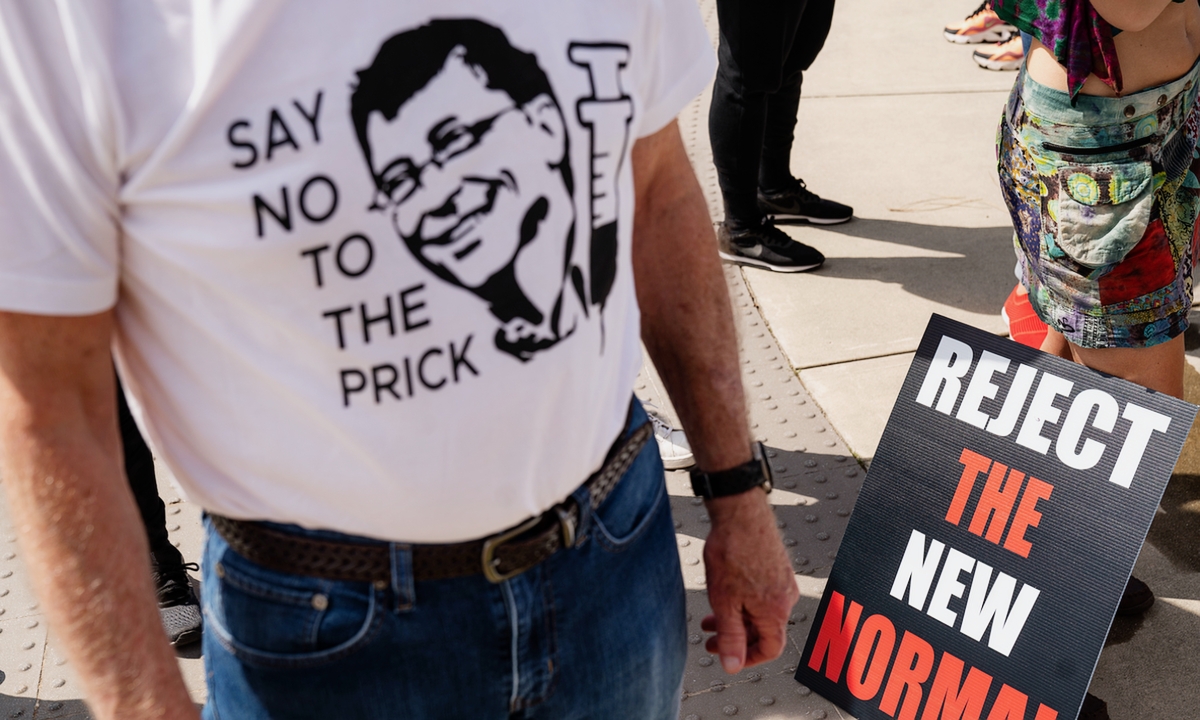 A whopping 80 percent of people who say they won’t get vaccinated also say that there is nothing that can change their minds in a new poll — but there’s some potentially good news in the poll, as well.

In a new The Economist/YouGov poll, respondents who said they don’t intend to get the Covid vaccine were then asked “Is there anything that could change your mind and convince you to get vaccinated?”

This come as fear rises that vaccine hesitancy will prevent the United States from ever reaching “herd immunity,” as The New York Times reported this week:

Now, more than half of adults in the United States have been inoculated with at least one dose of a vaccine. But daily vaccination rates are slipping, and there is widespread consensus among scientists and public health experts that the herd immunity threshold is not attainable — at least not in the foreseeable future, and perhaps not ever.

Instead, they are coming to the conclusion that rather than making a long-promised exit, the virus will most likely become a manageable threat that will continue to circulate in the United States for years to come, still causing hospitalizations and deaths but in much smaller numbers.

The theoretical threshold for herd immunity has also risen due to the emergence of variants, and “experts now calculate the herd immunity threshold to be at least 80 percent. If even more contagious variants develop, or if scientists find that immunized people can still transmit the virus, the calculation will have to be revised upward again,” NYT reported.

But if this poll is correct, that 80 percent number might be within reach. Respondents were asked “How would you describe your personal situation regarding COVID-19 vaccines?”

A significant 18 percent responded “I will not get vaccinated” — the cohort that was then asked if their minds could be changed — which leaves at least 82 percent in play. Of those people, 42 percent said “I have received all the injections required to be fully vaccinated against COVID-19,” 14 percent said “I have started the vaccination process, but need another shot,” and an additional 14 percent who said “I’m not sure about getting vaccinated.”

Add the 1-in-5 refusers who at least leave open the possibility of changing their minds, and the goal doesn’t seem that impossible.