17 Most Fire Tweets You Can Enjoy During the Nuclear Apocalypse

17 Most Fire Tweets You Can Enjoy During the Nuclear Apocalypse 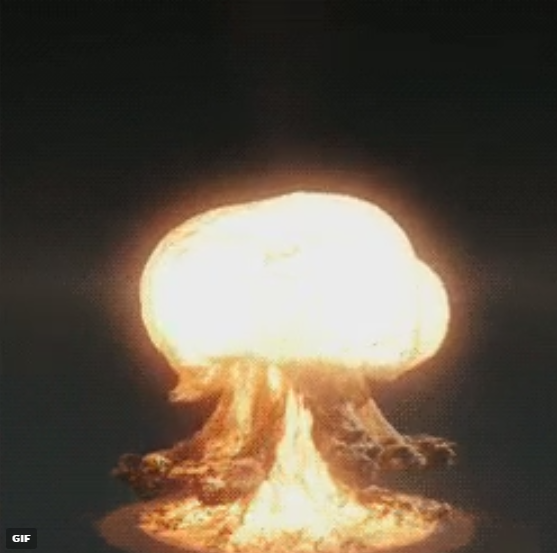 Amid the threat of nuclear war, some Twitter users are still trying to lighten the mood by finding the humor in the situation.

The White House loves declaring a theme for each week, and this week’s (unofficial) theme seems to be “nuclear war.”

The talks of impending doom started Tuesday when President Donald Trump said in a press conference that North Korea better not make any more threats against the U.S. or “they will be met with fire and fury like the world has never seen.” While the statement was shocking, it was his tweet the next day that furthered the scare mania. In that update, Trump said that the U.S. arsenal was now “far stronger and more powerful than ever before.”

Trump popped up again on Thursday to say maybe “fire and fury” WASN’T “tough enough.” Then to continue nuclear war week, Trump tweeted on Friday that our “military solutions are now fully in place, locked and loaded, should North Korea act unwisely.”

While some might head for the nearest fallout shelter, the snark lords on Twitter aren’t going to let a little thing like the (maybe) nuclear war get in the way of a good joke.

Pro tip: conditioning your hair after a nuclear blast is a bad, bad idea https://t.co/b3OACQNaOX pic.twitter.com/uQSAm6RSBe

Surely my first concern if His Unhingedness launches nuclear war. But next on list is millions dead. Definitely. https://t.co/u157PT8ViR

2016: Your favorite celebrities died
2017: Reality star starts nuclear war with a tweet while golfing
2018: "How millennials killed us all"

Would you mind waiting until after the opening weekend of the @premierleague season before starting a nuclear war? Cheers, football fans. https://t.co/yONuseEFJG

Imagine if you woke up from a coma to find out that @dennisrodman may be needed to help @realDonaldTrump save the planet from Nuclear war.

Kelly will impose discipl–*burns to ash in nuclear fire* https://t.co/R77EqGnqa1

Just realized that if Arsenal wins today and we all die in nuclear holocaust before Saturday kickoffs, they'll be champions for eternity.

my mixtape "locked and loaded" is dropping this nuclear winter

The only hope we have is that the nuclear codes require correct grammar and punctuation.

Kylie Jenner’s cosmetics line will soon be worth $1 billion so maybe we should let this nuclear thing happen after all.

I don't necessarily wanna die in a nuclear holocaust so can we just put Trump/Kim J Un on the #MayweatherMcgregor undercard & call it a day?