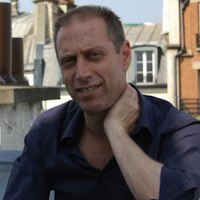 When Gourmet folded, Christopher Kimball, the publisher of Cook’s Illustrated, opined in a New York Times op-ed that “in a click-or-die advertising marketplace, one ruled by a million instant pundits, where an anonymous Twitter comment might be seen to pack more resonance and useful content than an article that reflects a lifetime of experience, experts are not created from the top down but from the bottom up.” Pastry chef David Lebovitz, who contributed to Gourmet a few times but is better known for his top-notch blog, proves that sometimes, the ground up gets it right.

The aptly named davidlebovitz.com is an old-fashioned personal blog that isn’t an old-fashioned personal blog. It devotes a lot of virtual ink to idiosyncrasy and reminiscence, much of it focused on Lebovitz’s experience as an American expat living in Paris, but in the midst of all that it’s about as good a food blog as you can find. It strikes the sweet balance between recipes (Breton buckwheat dumplings; idiot-proof chocolate cake), advice (how to prepare shelling beans) and food porn (mmm…burger). And the expert is rewarded by the instant pundits; even though it’s a one-man show, it gets comparable traffic to Eater and half as much traffic as gourmet.com and bonappetit.com.

Lebovitz also has a delightful Twitter feed. Sample Tweets: “wouldn’t it be great if OXO designed a bed?” “@divinacucina Maybe with the prize money Obama can buy some cooler jeans?” 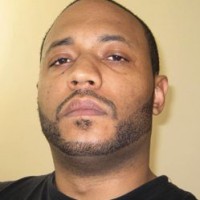 Over time, the writing of bloggers has delineated itself as a wholly unique style. Newspaper journalists, magazine writers, and amateur writers have all adapted to making content for the web. But what about the blogger as curator, forgoing original written words altogether? Such is the role of many of the internet’s primary tastemakers from fashion (see Jane Aldridge, below) to technology (see Jason Kottke, above). Carefully selecting links to worthy content elsewhere has become a niche of its own. For efficient tastemaking, acknowledgment is often enough and analysis or comment often distracts from work that could otherwise speak for itself.

Eskay, the pseudonym-cloaked rap blogger responsible for Nah Right, is one of the foremost examples of an online curator with king-sized influence. Despite all of the niche music blogs covering genres from Baltimore club to Brazilian favela funk, despite of the sway held by bastions of the indie rock internet like Pitchfork or Stereogum, the blog circuit has rendered the rap landscape almost unrecognizable. Nah Right, in particular — with its simple photo-plus-mp3 template and free-for-all, off-topic comments section — has made and mocked stars with seismic sway. As the defacto head of a rap blog conglomerate, New Music Cartel, eskay originally ran the show solo based only on his personal taste, but now he commands a small army.

The jewels of the major labels over the last two decades — even rapper behemoths like 50 Cent and Jay-Z  — are now subject to the whims of a former graffiti artist from Yonkers. And we’re all the better for it.

Jane Aldridge of Sea of Shoes 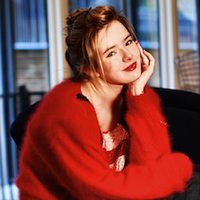 There is nothing the internet loves like precocity. The young — with their technological precision like second nature — are gawker at, admired and admonished in equal parts for their willingness to immerse themselves in a virtual world and overshare without a second thought. They captivate their peers and parents alike with diary-style prose and self-portraits while shrugging off any concerns for privacy or the death of introspection. On immaculate display as a pinnacle of online excess and cult appeal is teenage fashion blogger Jane Aldridge, the proprietor of Sea of Shoes.

Shy of her 2010 high school graduation, Alridge fields tens of thousands of hits per day on her one-girl shoe blog, featuring well-lit digital photos of herself adorned in the latest designer or thrifted threads with a focus on footwear. With a seemingly endless clothing budget, Aldridge embodies an aspirational fashion fantasy without pretension or condescension, favoring an “aw shucks” grin to a cold model’s stare. It’s voyeurism that doesn’t inspire intense jealousy and has resulted in numerous mentions in Teen Vogue, a fan letter from Kanye West and even her own shoe line, J. Aldridge by Sea of Shoes for Urban Outfitters.

In addition to wisdom and style beyond her years, Aldridge works another online inclination in her own favor: the fetishization of “The Real America.” Given that so much of blogging royalty is based in urban centers, especially New York City, there’s an insatiable longing for simplicity and an endless fascination with pastoral landscapes, especially in photo blogs. Aldridge lives in Texas, about an hour outside of Dallas, and her cosmopolitan sensibility — sparkling diamonds and leather boots — surrounded by foliage or dirt is an unassailable aesthetic online. But she’s too sweet to be contrived and too passionate to be mocked. And, oh yeah, she called her school’s heel height policy her “Waterloo.”

Fred Wilson of A VC 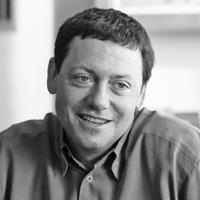 Somewhere behind the scenes, money makes the internet run. Those front and center in technology can often be mistaken for the ones who make things go, but there’s almost always another level of power — someone in the background pulling strings and putting up dollars. And then there’s Fred Wilson, who’s both.

As an eminent venture capitalist and principal of Union Square Ventures, Wilson has an immense understanding of technology investment. Luckily, he’s willing to share. A VC is Wilson’s relatively lo-fi blog, featuring, quite simply, “Musings of a VC in NYC.” But it’s not his Wharton MBA or twenty-plus years experience that fortify his online presence; it’s his humble ability to translate the market into terms we can all understand. He started in the mid-90s with investments in Alacra and Geocities, and now has his hand in numerous buzzy projects including Etsy, del.icio.us and Outside.in. He’s consistently insightful and though he has a reverence for big powers like Google and Apple, his good name comes from surviving failure and transcending the web 1.0 and 2.0. The Silicon Alley Insider put him at the top of their SA100 for 2008, but by now everyone — even outside of the techy fishbowl — should take notice if they care about the future of their beloved internet. Start by following Wilson on Twitter.

After a career in politics (including a stint as a campaign organizer for John Kerry), Ray Wert was tapped to run the automotive blog of record, Gawker’s Jalopnik. While Wert may fly under the radar at Gawker Media — the car beat doesn’t get the recognition of the flagship site, Jezebel, or Deadspin — but as the editor in chief, he has as much attitude as anyone there and might actually be their biggest hotshot. Along with being quoted often in the New York Times and regular television appearances, Wert also helped to convince General Motors to hold a full-on car race complete with its own website. And Jalopnik’s name for the Big Three implosion — Carpocalypse — was officially inducted into the lexicon by the Times and credited to Jalopnik. That’s pretty official.

Jalopnik’s traffic spiked as the Big Three crumbled, but they’ve managed to maintain growth and are consistently duking it out with sister site Jezebel — both with visitor numbers and in the comments section. The site knows how to make waves with stunts like aforementioned GM race or taking an electric car to drive around an auto show in Detroit and it all happens under Wert’s watch. Jalopnik also has an aesthetic appeal even to those unfamiliar with the world of cars and they know how to please the outsiders: just check out the Megan Fox gallery, their gift to the world.

And he’s still man enough to pose like this.

>>>NEXT: Don’t forget to praise the Power Hitters!