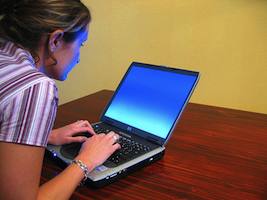 As online writing becomes increasingly a part of the mainstream dialogue in America, “blogger” is no longer a dirty word. Some of the best writers and reporters of our time operate exclusively on the internet, and millions regularly read their work. Matt Drudge, Arianna Huffington, even Perez Hilton; these are big, newsmaking names that many people have heard before.

But some of the most talented and influential bloggers still work under the radar. Whether they write for niche audiences or are simply less visible than their more mainstream counterparts, these men and women are the unsung heroes of the blogosphere, known to circles of insiders, but uncredited for the vaster influence they hold.

In this in-depth, magazine-length feature (6500 words!), Mediaite has assembled a list of 25 of the best underrated bloggers you need to know, drawing from a variety of backgrounds, and explained why they matter. You’d do well to learn — and bookmark, and RSS — the names you don’t know already. If they aren’t themselves household names in a few years, the odds are good that they will continue to smartly analyze the news, break stories, serve as role models for others, and put their stamps on the flow of information far beyond the Internet.

Below we’ve designated five themes and selected five up and coming or under-appreciated bloggers in each category, including:

Hidden Hands: The workhorses behind blue-chip sites with tremendous clout who often go unrecognized for their accomplishments as individuals.

Blogs Bloggers Read: Bloggers behind sites worshipped by insiders that mold the shape of the online conversation.

Niche Experts: These are the writers whose areas of focus may not garner them the biggest following, but in music, fashion, cars, business, and food, they’re as good as it gets.

Power Hitters: They may be big names already, but they are somehow still undersold considering the amount of work they put in and the amount of influence they wield.

Reinventors: Bloggers who, rather than resting on their well-deserved laurels for past accomplishments, have continued to innovate and reinvent their editorial presences on the web.

>>>NEXT: The first five top bloggers are the Hidden Hands…