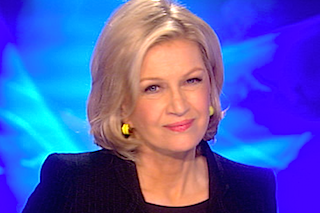 Back in February, multiple sources reported that ABC News’ Diane Sawyer had scored the first televised interview with Bruce Jenner amid reports that the Olympic gold medalist turned reality TV star was transitioning from male to female. Without revealing any details of what the interview will cover, ABC confirmed Monday that the two-hour special will air on Friday, April 24 at 9 p.m.

“Bruce Jenner’s far-ranging, exclusive interview with ABC News Anchor Diane Sawyer airs Friday, April 24 on a special edition of 20/20,” a press release reads. Jenner is also reportedly set to star in a new docuseries for E! that is expected to air sometime later this year. The network has not confirmed reports that Jenner came out as transgender in January for an episode of Keeping Up with the Kardashians that will air at the end of May.

Given the public nature of Jenner’s family’s private lives, it is perhaps not surprising that this intensely personal development has gotten so much media attention. Last month, Us Weekly published an exclusive interview with Jenner’s daughter Kendall Jenner in which she reportedly said, “I will always love my dad, whether he’s a man or a woman.” But the magazine later retracted the story after she claimed the quotes were fabricated.

UPDATE — Apr. 10, 2:30 p.m. ET: ABC has released a promo for the special that gives away very little information but does tease revelations about “the journey, the decisions, the future.”