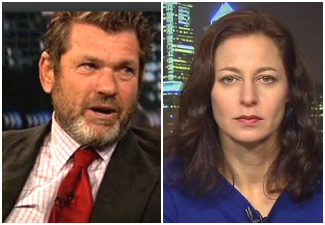 Managing Editor Will Dana got it wrong.

And all will keep their jobs without interruption at Rolling Stone despite one of the biggest systematic failures of journalism in years.

That’s because of the culture founder and publisher Jann Wenner has created at the 47-year-old publication. Note: Outsourcing the investigation of Columbia’s Journalism School was all for show…all to illustrate the magazine was super-serious about getting to the bottom of what really happened for its biggest exclusive of the decade. Spare us, Mr. Wenner…Because any investigation that results in just about the most damning findings possible means it isn’t supposed to result in a few half-hearted apologies, zero suspensions and no terminations.

Speaking of half-hearted apologies. Here’s what Ms. Erderly served up after being in hiding for months:

I want to offer my deepest apologies: to Rolling Stone’s readers, to my Rolling Stone editors and colleagues, to the U.V.A. community, and to any victims of sexual assault who may feel fearful as a result of my article.

Of course, omitted from that priority-challenged mea culpa is the fraternity itself that Erderly dragged down in her effort to advance a pre-determined narrative built on one person’s account. You want to know why she didn’t include members of Phi Kappa Psi–you know, the ones she accused via one questionable source of throwing a young girl onto a glass table and raping her one-by-one–in her apology?

Because she either still believes what she was sold or is a member on Mr. Wenner’s camp…the sharp guy who says the alleged victim, “Jackie”, is “a really expert fabulist storyteller.” In other words, it’s the “Hey! Don’t blame us! We ran into the best storyteller since Keyser Soze” approach.

A story about a victim whose story never happened has now created two more victims: Erderly and Wenner, who couldn’t be handling this worse publicly post-investigation if they tried.

As for accountability, the New York Observer recently reported back in December that Deputy Manager Sean Woods has offered his resignation. But Wenner’s ego wouldn’t allow it (because it would mean admitting a mistake before the Columbia Review was completed), and he reportedly wouldn’t except it.

So Rolling Stone moves on and people will still visit the magazine’s website and buy it off newsstands — albeit not nearly as many as before the story came out with such a bang in November before the Washington Post was first in quickly dismantling it. Remember, this was once a great publication that could do it all (music, politics, human interest). But after placing one of the Boston bombers on its cover in 2013 (and sickeningly portraying him almost like a dashing, young Bob Dylan in the process), it took a stomach punch there from going over the line. In 2015, call the UVA fiction a haymaker that has it down for an eight-count. One more major mistake and/or lapse in judgment, and Wenner might as well limp to its 50th anniversary in 2017 and call it a day.

Wenner could have shown some leadership by firing or suspending those involved in the UVA debacle. Instead, he offers up excuses and removes accountability from the equation. The lawsuits from the fraternity and listening to his testimony on a stand can’t come fast enough, although it may be hard to win in court since no names were revealed at the fraternity when the accusation was made in the story. But there’s precedence for everything, and this would be a good start. UVA is suffering (less students applying) and the fraternity will always have a Scarlett Letter on it after being shown on various news shows about a billion times.

Everybody gets it wrong, especially the publisher. In the process, nobody is held responsible.

Columbia should add a course to it’s j-school curriculum next semester: Wenner 101: How Not to Run a Major Publication