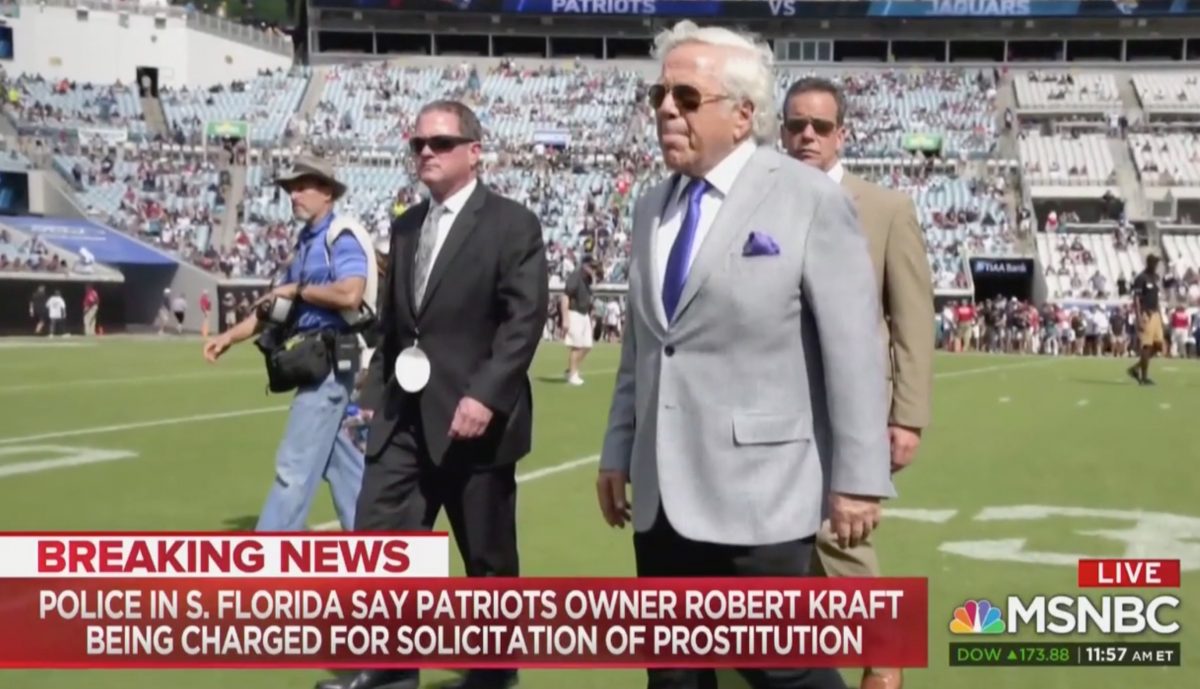 New England Patriots owner Robert Kraft was formally charged with soliciting prostitution on Monday, and the Palm Beach State Attorney’s Office has released an affidavit that goes into graphic detail about the kinds of services Kraft paid for at the Orchids of Asia Day Spa.

The NFL team owner and 24 others were charged after getting caught in a sting operation that was being conducted against Orchids and several other Florida massage parlors suspected of international sex trafficking. Reporters picked up documents relating to Kraft as State Attorney Dave Aronberg announced the charges, and the affidavit contains an explicit description of what Kraft supposedly engaged in when he was picked up on police surveillance equipment.

According to the police document, Kraft showed up at Orchids last month, paid an employee of interest multiple times, and was led to a room where he took off his clothes and received sexual stimulation on the massage table.

Kraft has denied any wrongdoing ever since the news of his alleged solicitation broke.