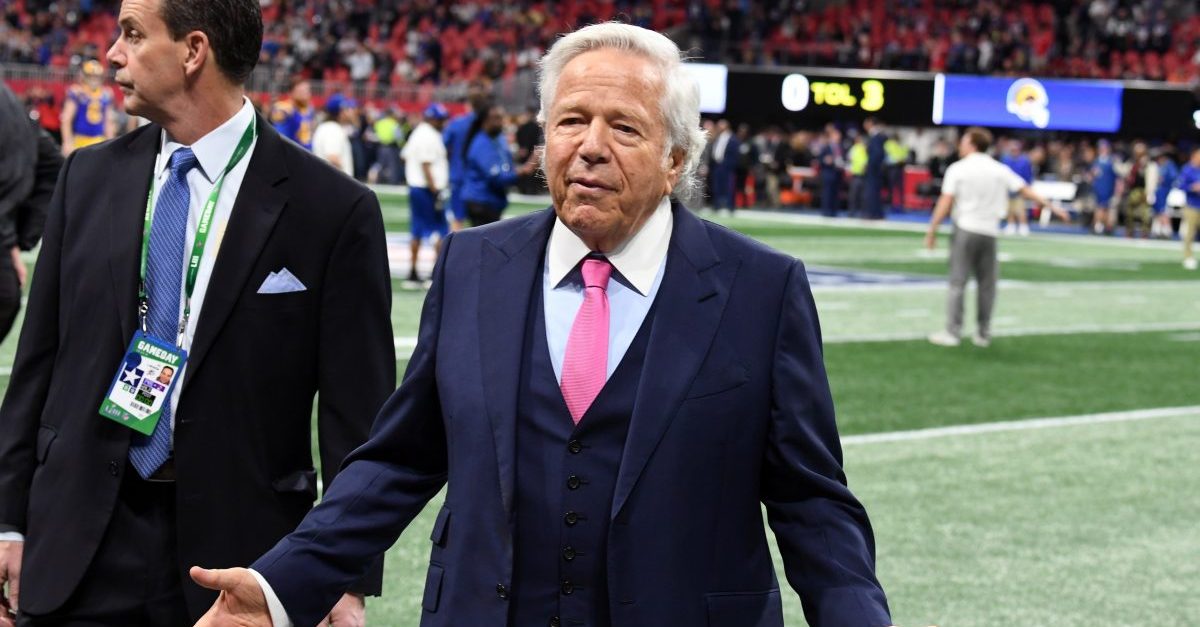 The Twitterverse has a lot to say about the emerging news that federal prosecutors intend to release the footage they have from New England Patriots owner Robert Kraft‘s prostitution scandal.

New court documents say that prosecutors plan on showing their video evidence of Kraft and other men paying for and receiving sexual services at the Orchids of Asia Day Spa. Kraft’s attorneys have filed an emergency motion to block the release, calling it “pornography” that is of no public interest and will “destroy” Kraft’s chances of receiving a fair trial for the charges against him.

Now, the idea that officials are about to release something so salacious to make their case against Kraft was bound to catch fire online. Indeed, it already has.

Some people have expressed a degree of curiosity for what the videos will show:

Stop pretending you're not gonna watch it https://t.co/tJLeS1bGPd

Prosecutors say they'll release videos of Robert Kraft at that day spa. So get ready for that.https://t.co/kSgbCGppv7

By and large though, many of the reactions went along the lines of “Dear God, please no! Anything but that!”

Is there any way the entire internet can just be down that day? https://t.co/PwiQkbLQvh

WHY CAN’T BILL BARR REDACT THIS INSTEAD??? https://t.co/Votj92VI4N

The one time we need the State to hide evidence. https://t.co/OgphSD5s7y

Absolutely no one wants to watch some old dude being wanked off. https://t.co/19YiVA9pjK

The wrong things are being redacted. https://t.co/ORqmUXWwRj

Do. Not. Want. To. See. pic.twitter.com/GnehTVUPBq

Breaking: Judge has just barred the release of videos until he has a chance to review Kraft’s objections. Next hearing 4/29. https://t.co/V06hHhQ40Q